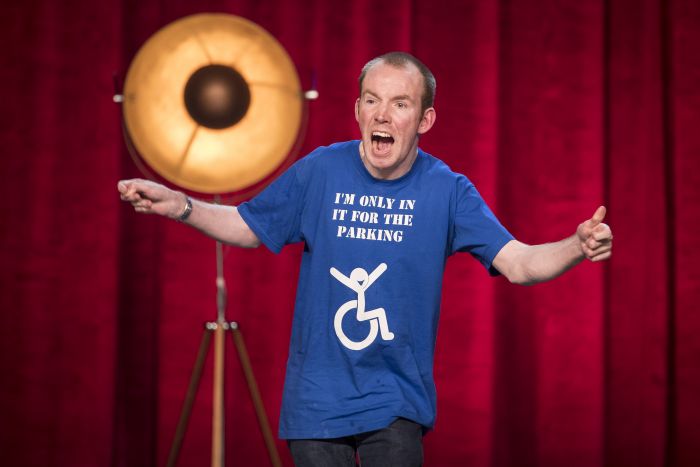 The winner of Britain’s Got Talent has been announced and it is a triumph for the disabled community. Lee Ridley, known by his stage name of Lost Voice Guy, is the first comedian to ever win the show and he’s shining a very big spotlight on disability.

Originally from Newcastle, the funnyman has cerebral palsy which affects his ability to speak. Not deterred by this, Lee uses his quick wit and humour to his advantage alongside a voice synthesizer within his performances.

From his very first audition on the show to the glittering finale of last night (3 June) Lost Voice Guy has had the crowd roaring with laughter. Despite a fall after the semi-finals, leaving Ridley with cuts and bruises on his face, he did not let this hold him back – even using the fall as material for his set.

As the winner of the show, Lost Voice Guy will walk away with £250,000 and the chance to perform at the Royal Variety Performance.

Ridley was not the only contestant to bring disability into homes across the UK. Runner up, musical comedian Robert White, has Asperger’s syndrome meaning this year’s BGT has been the most inclusive to date. It is fantastic to see that all abilities are getting to take the stage and showcase their talents.

As the live shows are voted by the general public the win for Ridley and Robert White as runner up is a great achievement for disability everywhere. After the results were announced Ridley said: “I have been blown away by the support of the judges and the general public. I’m very excited to perform in front of the Queen. I’ve loved her since she sang Bohemian Rhapsody.”

Response from the general public has been overwhelmingly supportive for both the final contestants with many taking to Twitter to congratulate both Ridley and Robert White.

Everyone has talent, regardless of ability.

Getting your theatre fix at home on World Theatre Day