Creativity is a wonderful gift and it’s being accessibly shared on stages across Britain. Lorne Gillies stands under the bright stage lights to see how disability is changing the face of theatre. 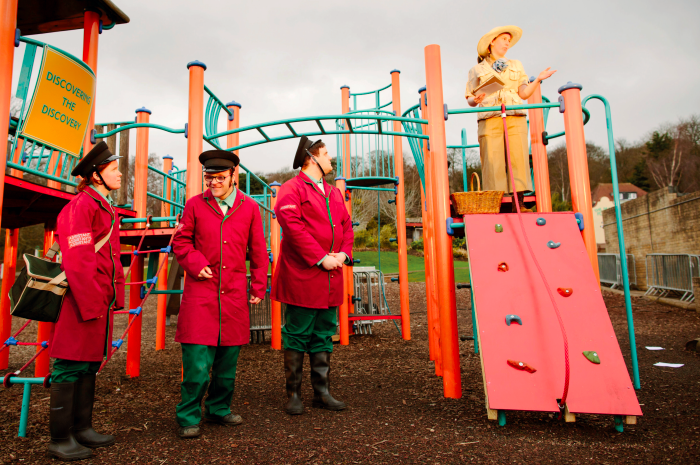 Remastering the greats, exciting adaptations to representation – disability in the arts has had a facelift. Granted, there are still issues in Hollywood including disabled characters being played by non-disabled actors, but times are changing.

“I’ve been coming here for years. It all started with Mrs Mackechenie Meets the Megaloths, the first show I was ever in, and I fell in love with it,” explains Kay Ann Jacobs, who has been acting with Edinburgh based Lung Ha Theatre Company since her debut production in 1987. “I like it because I can show the audience that the world is a bigger place. It doesn’t matter who you are or what you are. I feel more confident: it’s nice to meet new people.” 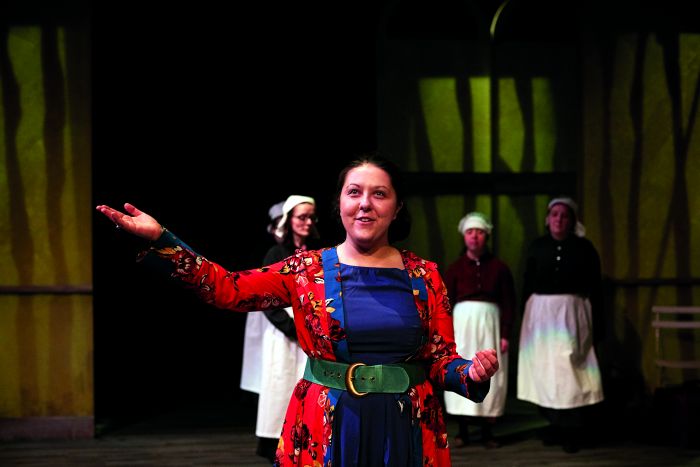 Lung Ha Theatre Company is a professional group of actors with severe to moderate learning disabilities. Since forming in 1984, there have been more than three hundred performers involved in over forty original productions with the company. The participants feel a sense of ownership and pride when performing, alongside the opportunity to connect with likeminded people. Attending an acting session with the group I found the room immersed with enthusiasm: I felt the passion, bond, and dedication that flowed into each task.

The session was a real community of people who love theatre, acting and have a thirst for the arts. “More people should get involved to promote disability throughout the world because disability isn’t shown in a positive light. You look at TV and films and it’s not shown as a positive. We live in 2018 and it’s still in the barrier stages, even now,” adds Kay Ann. She emphasises the importance for disability arts to further recognise and encourage acceptance for more people with learning, physical or sensory disabilities to pursue their passion of being on stage.

It’s not just the thrill of getting on stage that Lung Ha Theatre Company participants enjoy, the confidence that it brings their daily life is a welcome addition. Teri Robb, who has been acting with the company for nearly 11 years, passionately says: “Being on stage is such a good feeling and it’s great when you’ve got a receptive audience – it’s fun. I feel more confident now with what I do for myself, I wouldn’t have done this in front of an audience before.”

Behind the scenes, there are theatre companies across Britain preparing for accessible performances of many classic tales and original plays. One organisation has gone the extra mile, showing commitment to people living with dementia by pioneering dementia friendly performances since 2014. Leeds Playhouse has a dedicated team working together to adapt performances, making specific showings accessible and comfortable for people living with dementia.

Last spring, Leeds Playhouse debuted its premier dementia-friendly festival, Every Third Minute Festival. Every three minutes someone begins living with dementia. “A lot of what we’re trying to promote is that people with dementia can have a good time. Being a supportive environment and culture, it’s possible to live well with dementia. There are lots of other people living with this condition or affected by it, so people saw the festival as a way to feel less alone, and feel that there are so many creative opportunities for people,” explains Maggie De Ruyck, older people’s programme manager at Leeds Playhouse. 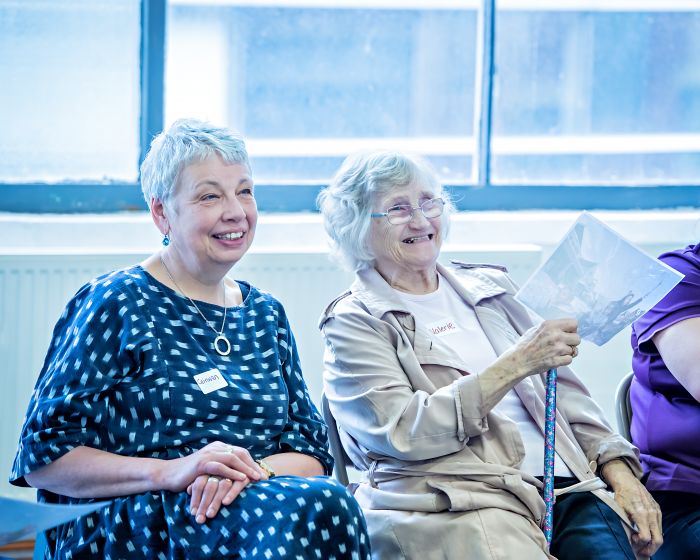 The festival followed the ethos the Playhouse has implemented about providing a safe space for people living with dementia to enjoy the theatre. After all, having dementia, or any other disability doesn’t mean the thrill of watching a story come to life is any less entertaining or enjoyable. Every Third Minute Festival (which ran from 9 February to 31 March) was curated by people living with dementia, had many dementia friendly performances and productions highlighting life with dementia, the most prominent of which was Still Alice.

“Still Alice was adapted by Christine Mary Dunford for the stage. Still Alice talks about the challenges of dementia, and it’s a really honest portrayal. It’s uncompromising in how it tells the story. We had Wendy Mitchell, someone who is living with early onset dementia, as a consultant working with the cast and the directors how to portray the story of Alice,” says Maggie. The show was just one of many productions showcasing life with dementia. It’s performances such as Still Alice and theatre groups like Lung Ha Theatre Company which showcase the importance of disability in the arts so eloquently.

From disabled performers to adaptations of performances for a disabled audience: the time to shout about disability arts is now. Regardless of ability, people with a passion to either be under the glittering lights of the stage, behind the velvet red curtain or in the audience enjoying a production adapted to their needs, the opportunity for disability to be under the spotlight is a must. It brings people together. “We found that our Christmas shows are a great opportunity for families to go and see the theatre together.

To go and feel supported, safe and if you’re affected by dementia as a family member or supporter, it’s also a way for you to still go to the theatre together, which is why I think it is really, really important,” adds Maggie. Memories of going to the theatre will last a lifetime. Tales of being on stage as the leading character is a life defining moment for an adored passion. Disability arts is taking centre stage one production at a time.

“Labels are for clothes not kids”: River Island’s latest models are children with disabilities