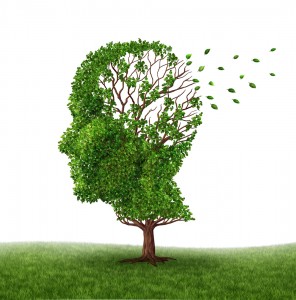 One Year On from the Prime Minister’s Challenge

NHS England is to tackle “shockingly low” dementia diagnosis rates with plans that could see 160,000 people who are unknowingly living with the condition identified and treated, Jeremy Hunt announced today.

The plans, announced as the Prime Minister’s Challenge on Dementia reached its first year, will aim to see two-thirds of people with dementia identified and given appropriate support by 2015, an increase from 39 per cent in 2010 and the current average of around 45 per cent.

There are currently 670,000 people with dementia in England but 350,000 of those people remain undiagnosed and without access to support.

With the number of people with dementia set to double in the next 30 years and costs expected to rise to £19 billion, improved diagnosis will be key if the system is to cope effectively with the predicted surge in numbers.

Focusing on driving up diagnosis will also correct the existing postcode lottery which sees some areas with rates as low as 32 per cent. Currently the best performing local area is identifying 67 per cent of people.

The plan is part of the PM’s Challenge on Dementia, bringing together the Government, NHS, social care, research, science and the charitable sector. The Challenge, launched a year ago, is focused on transforming how the country deals with dementia, including:

• Research: by 2015 annual funding of dementia research will be increased to around £66 million.
• Awareness: A campaign reached more than  37 million people to encourage them to visit the doctor if they are worried about dementia, and one million ‘dementia friends’ will be trained to help support those with the condition.
• Diagnosis: £1 million made available for innovative NHS projects to increase diagnosis rates through the Innovation Challenge Prize for Dementia.
• Better services: £50 million of funding to adapt wards and care homes for people with dementia and helping to fund a £300 million programme to build or renovate housing for people with long-term conditions, including dementia.

“For too long diagnosis rates have been shockingly low, leaving too many people living in the dark trying to cope with this terrible condition undiagnosed, unable to get the help they need and deserve.

“Dementia is a serious and growing problem so this ambitious drive to see a clear majority of people identified and supported is a major step forward.
“I am pleased that NHS England has set a clear direction and sent a message to the NHS that we must do more. I fully support every GP, doctor and health worker who accepts this challenge.”

Although the average diagnosis rate across England is now at around 45 per cent, up from 42 per cent in 2010/11, this leaves more than half of people undiagnosed.

Hitting the two-thirds ambition will see an extra 160,000 people diagnosed in 2015 compared to the number identified this year. This will bring them the benefits and reassurance of help and support with the condition.

The drive to improve diagnosis will be led by local Clinical Commissioning Groups working with local health and wellbeing boards. Supported by NHS England they will be provided with advice on improving diagnosis and setting up additional memory services where they are needed.

“NHS England will work with local GO-led Clinical Commissioning Groups and Health and Well Being Boards to improve the quality of care for people with dementia and support for their carers. A diagnosis is the first step to accessing the right care and support for each individual. The Clinical Commissioning Groups have already taken the first steps in addressing this national ambition, with new information, provided by NHS England, to help them understand the scale of challenge at a local level. We will also be sharing best practice and effective ways of meeting the needs of people, once diagnosed.”

Launched just over a year ago,  the Prime Minister’s Challenge on Dementia was a response to the fact the condition poses one of the biggest tests that society will face in the future.

It set out to deliver major improvements in three key areas by 2015. They are driving improvements in health and care; creating dementia-friendly communities that understand how to help; and better research.

Today sees the publication of a year-on progress report which sets out what has been achieved and the next steps in driving this work forward for each of the three areas.

Health and care work drives improvements in the way people with dementia are diagnosed, treated and cared for.

The Dementia Friendly Communities work helps the public to better understand the condition. Since last year it has:

“The past year has seen huge progress in the fight against dementia. We’ve rallied schoolchildren, bankers, doctors, care workers and more to change the way we treat people with the condition. But the fight is not nearly over. Less than half of people with dementia have a diagnosis, denying them the support they need to live well.

“Today’s announcement is a welcome step towards fighting that. It’s not just about diagnosis. We need a change in the way society thinks, talks and acts about the disease. Whether signing up to become a Dementia Friend or joining an event this Dementia Awareness Week, all of us have a part we can play in defeating dementia.”

The Better Research work aims to use the UK’s unique resources and influence to accelerate research into the condition, to improve treatment and care. This work has meant:

“It is an exciting time in research, which is the key to developing effective treatments, transforming care and ultimately finding a way to halt this devastating condition. We are already investing heavily to advance thinking and improve care.

“Developing drugs presents real challenges for industry, not only around the basic science but also in the design of clinical research. That’s why we are also pioneering a more co-ordinated approach.”

The Care Bill introduces a comprehensive overhaul for social care with new rights for carers, alongside the introduction in 2016 of a cap on individuals’ long-term care costs to make sure that people are protected against catastrophic financial costs, reducing worry for carers or for people with dementia and other conditions.

Carers Week: 392,000 become unpaid carers in Scotland in a matter of weeks

Long read: Under the lens of Alzheimer’s disease