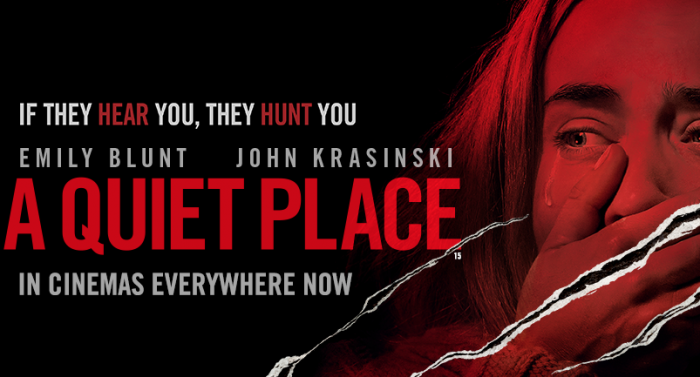 A Quiet Place is a subtle and nuanced horror movie that turns disability on its head. Casting rising star and deaf actor Millicent Simmonds was a power move.

We talk a lot about the importance of media representation for people with disabilities, whether that’s introducing a new character with a hidden disability on much loved tv shows like Sesame Street, or tv programmes specifically about people with disabilities, and even casting non-disabled people in disabled roles. But John Krasinski went one step further and put disability at the centre of his post-apocalyptic story about a family trying to survive.

While choosing deaf actor Millicent Simmonds to play his daughter was a great move, as she taught the cast the American Sign Language (ASL) that they use in the film and brought authenticity and real emotion to the role, that wasn’t all A Quiet Place’s did in terms of placing disability at the forefront of the conversation.

The plot revolves around a family surviving one day at a time in their country home – it’s a nerve wracking watch as there is little sound and you’re constantly at the edge of your seat. Three months previously, fierce monsters have attacked and killed most of the population of the world, and everyone left alive is living in fear of the creatures. The only way to escape them is to not make a sound: the monsters are blind and hunt by noise.

The main reason that the Abbott family has survived is because they can all communicate with each other via ASL: other people who can’t sign have died. It’s allowed them to not only survive, but in some ways flourish, they hunt and fish, and build and make trips to a desolated small town. Not everyone is doing as well as the Abbotts.

A Quiet Place has placed the emphasis on daughter Regan’s deafness as a huge advantage. Regan’s deafness makes her a target in the strange new world of sound sensitive monsters as she cannot hear the sounds that attract the monster, but she’s never in need of saving. In fact, spoiler alert, it’s Regan who figures out how to destroy them and it’s due to her deafness.

This is only Millicent Simmonds’ second role – we can’t wait to see what she does next!