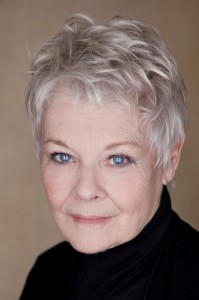 Dame Judi Dench has been unveiled as the face of national disability charity Vitalise’s Christmas Appeal 2013, which aims to raise funds to give people with disabilities and carers desperately-needed Christmas breaks.

Dame Judi Dench, who is a Vice President of Vitalise, is spearheading the charity’s campaign to raise sufficient funds to subsidise every break across its three centres during Christmas Week.

The Appeal has set itself an ambitious target of £35,000 – more than double the £16,000 raised in 2012 – which will fully subsidise much-needed Vitalise Christmas Week breaks for a total of 103 people with disabilities and carers.

The Appeal is the culmination of a year of intense activity for Vitalise to celebrate the 50th anniversary of its foundation in 1963. During its Golden Jubilee year, Vitalise announced ambitious plans to effectively double its social impact with the opening of three more centres in the next few years. The charity is now busy fundraising to finance its expansion plans.

“Vitalise has had the most amazing 2013 and we really wanted to end our 50th anniversary year on a high note. Thanks to Dame Judi’s endorsement of our Christmas Appeal 2013, we are really hopeful of doing just that.

“Christmas, as we know, is a time for celebration, for family. But there are a great many people with disabilities and carers who are unable to take such simple pleasures for granted. That’s why it is so important that we provide our services right through Christmas and the New Year.

“Vitalise has been supporting people with disabilities and carers for 50 years now and we want to support more people than ever before in the next 50 years. With the help of Dame Judi and our wonderful supporters, I am confident we can achieve our aim. So please support our Christmas Appeal!”

“There are millions of people in the UK struggling to cope with disability. Whatever their situation, it’s more than likely that their daily existence is a hard, unrelenting struggle against isolation and loneliness. For them, Christmas is no different to any other time of year. That’s why we urgently need your help this Festive Season. So please, give what you can – and help us rekindle the spirit of Christmas.” 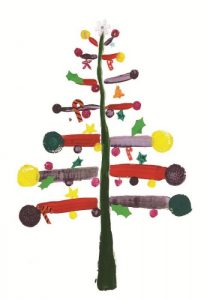 In addition to the Christmas Appeal, Vitalise has been busy with a raft of activity to celebrate its 50th anniversary. The charity has released two fun videos, featuring the guests, volunteers and staff at the charity’s centres performing the classic hits ‘Gold’ by Spandau Ballet and ‘Happy Birthday’ by Stevie Wonder. In time for Christmas, Vitalise has produced a set of four limited edition Christmas cards, based on original designs by the charity’s guests and volunteers.

As well as the online fundraising appeal, Vitalise is also reaching out to potential volunteers through a new ‘Christmas Cracker’ campaign, encouraging visitors to the Vitalise website to read inspirational stories from the charity’s volunteers and give volunteering a try for themselves.

Vitalise is a national charity providing essential breaks for people with disabilities and carers. Vitalise provides essential short breaks in a holiday environment for people with disabilities – including Alzheimer’s and dementia – and carers at three accessible UK Centres in Chigwell in Essex, Southampton and Southport, with 24-hour nursing care on-call, personal support and a range of accessible excursions, activities and entertainment.

Vitalise was founded in 1963 as the Winged Fellowship Trust by the late Joan Brander MBE. The charity created the blueprint for the modern concept of respite care in a holiday environment. Vitalise also runs one of the largest volunteering programmes of any UK charity, offering thousands of individuals each year the opportunity to support and socialise with the people with disabilities taking respite breaks at Vitalise’s centres.

People wanting more advice and information about Vitalise breaks are requested to call 0303 303 0145 or visit www.vitalise.org.uk. To donate to Vitalise this Christmas, head to www.justgiving.com/Vitalise-Christmas.

Women are bearing the brunt of caring, finds Revitalise study