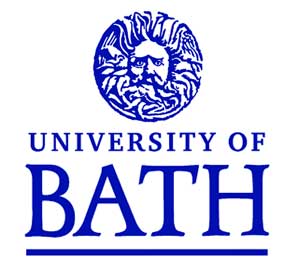 Researchers from the University of Bath have found that people who are congenitally blind have more accurate memories than those who are sighted.

Distortions and illusions within human memory are well documented in scientific and forensic work and appear to be a basic feature of memory functioning.

Yet several studies suggest that blind individuals, especially those without any visual experience, possess superior verbal and memory skills.

The researchers from the University’s Department of Psychology ran memory tests on groups of congenitally blind people, those with late onset blindness and sighted people, in collaboration with a research assistant at Queen Mary University of London.

Each participant was asked to listen to a series of word lists and then recall the words they heard. Past research has found that such words lists normally cause people to falsely “remember” words that are related to those heard, but that were never actually experienced. For example hearing ‘chimney’, ‘cigar’, and ‘fire’ can prompt some to produce a false memory of the word ‘smoke’ when asked to remember the list of words.

Dr Michael Proulx who led the study added: “Our results show that visual experience has a significant negative impact on both the number of items remembered and the accuracy of semantic memory and also demonstrate the importance of adaptive neural plasticity in the congenitally blind brain for enhanced memory retrieval mechanisms.

“There is an old Hebrew proverb that believes the blind were the most trustworthy sources for quotations and that certainly seems true in this case. It will be interesting to see whether congenitally blind individuals would also be better witnesses in forensic studies.”

The researched is from the paper Congenital blindness improves semantic and episodic memory, published in the journal Behavioural Brain Research.

About The University of Bath

The University of Bath is one of the UK’s leading universities, ranked in the top ten of all national league tables and third in the Sunday Times University Guide 2013 with only Cambridge and Oxford above us.

Our Mission is to deliver world class research and teaching, educating our graduates to become future leaders and innovators, and benefiting the wider population through our research, enterprise and influence. Our courses are innovative and interdisciplinary and we have an outstanding record of graduate employment.

Find out more about the university at www.bath.ac.uk