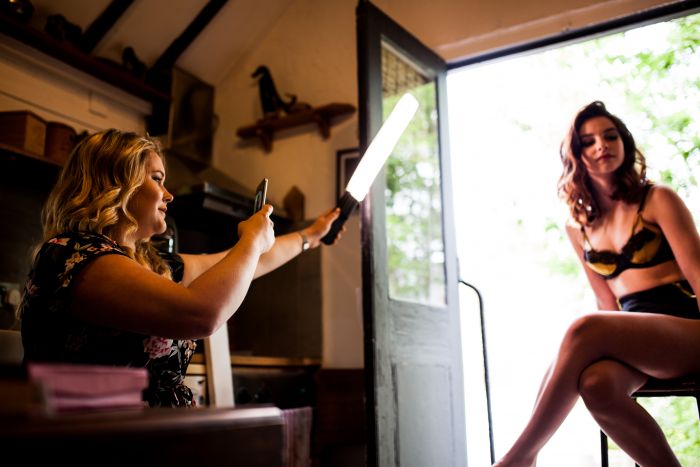 Jasmine Stacey is an inspirational young woman designing sexy lingerie for women with stomas, stretch marks and scars. Her own journey with Crohn’s disease inspired Jasmine to create the Jasmine Stacey Collection, encouraging women to feel confident, sexy and feminine, whatever their health needs.

Where did you get the idea to design lingerie for people with stomas, scars and stretch marks?

The Jasmine Stacey Collection came about because I had surgery five years ago. I had all of my large intestine and rectum removed, so I’ve got a permanent ileostomy. I had the surgery because of Crohn’s – when I was in recovery afterwards I hit rock bottom.

I hated how I looked, I hated everything about the fact it had changed my body image and I hated the fact I felt alone and didn’t know anyone else with it. I was so young – it was one of those things that was previously associated with everyone who is a lot older – however, I had it done when I was 20.

I was like: ‘Why me? This is awful.’ But I decided instead of all my hatred towards myself I would just start designing something that would make a difference and try to make something of it, rather than let it be a burden.

How has your experience of Crohn’s helped you when designing the collection?

With the bag, obviously I live with it day-to-day so I know how it does affect [a person]. When I am designing I have support in mind, intimacy, and sex as well. I factor in all those things and the struggles I went through getting underwear I could buy on the high street. 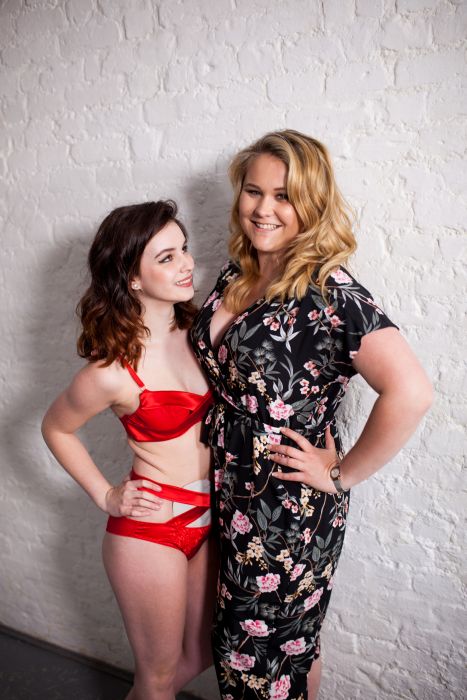 Do you have to be conscious of what material you use within collections so it doesn’t interfere with a stoma?

For me I just go for the softest kind of silk satin because it is easy to expand. I have to think, obviously, that the bag is going to get bigger throughout the day when you go to the toilet.

I wanted to use the highest quality material I could find. More than anything because a lot of [stomas] you can get are really cheap lycra, polyester things that make you sweat and they’re really uncomfortable. I have all of those kinds of things in mind; I try and choose the best fabric that I know would be comfortable to wear.

What reaction have you had from customers?

It has been amazing. I’ve only just recently done a survey because I wanted to collect some ideas on how everyone was finding it and actually a lot of people who bought [the collection] don’t have stomas. Which I thought was really cool and the people who have bought it, with their bags, they just said it made them feel like a woman again.

It just makes them feel more empowered because, you know, if you wear horrible underwear you tend to feel horrible, so if you’re wearing nice underwear it gives you that confidence boost.

If I can just give them the tiniest little confidence boost to put themselves out there again – because I think a lot of people struggle when they’re in relationships and single as well, it’s a struggle from both sides. I get emails and things like that with feedback about how they like it and some of them make me cry.

What feedback stands out the most?

I’ve helped their confidence so it’s emotional, that’s the whole reason I designed it. One that resonated was, one person got married in one of my sets and she said that she felt feminine, and she was so worried about the day and it just made her day so relaxing. That made me really, really touched. 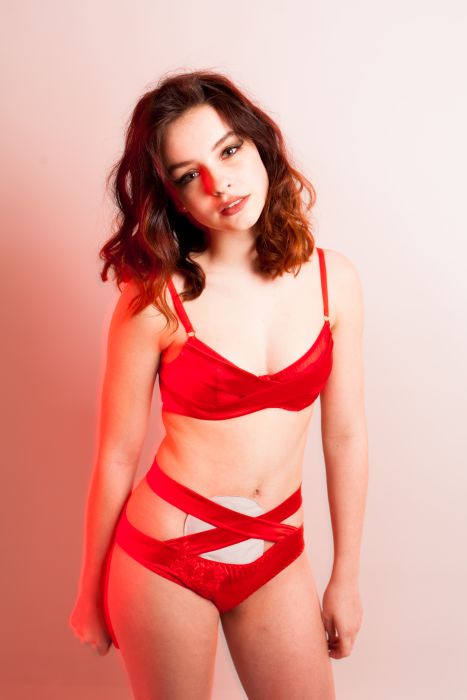 The Jasmine Stacey Collection has been gaining great coverage – what are your future plans?

There will be a 2017 winter collection. I’m designing it all at the moment and figuring out all the different things because I want to get it into department stores so I’ve got to have manufacturing process which is reliable and can be used.

It would just allow women to feel that they don’t have to go somewhere – I remember the feeling when I had trail around M&S and Debenhams, for example, and I just couldn’t find anything that was for me. It was horrible, and it was a horrible feeling as well.

I would end up spending hundreds of pounds on all these different underwear sets but they weren’t daily ones. They had really intricate laces that you can’t really wear everyday. I would love to get it into department stores. I am going to be releasing a new collection this year and a swimwear line.

For the Spring/Summer ‘18 swimwear collection I am having a fabric designed for the collection, which will be printed onto the fabric. It’s very exciting.

It’s one of those things that I just don’t want it to be a taboo anymore. It puts you in a position when you’re dating because nobody really knows about it, when people ask they don’t get it. If there is more awareness it easies off anyone who is young and dating with a bag and they’re not in a stigmatized category of having [a stoma]. Anything to help.

Keep an eye on the Jasmine Stacey Collection website for Autumn/Winter 2017, www.jasminestaceycollection.co

What not to say to someone with IBD

What not to say to someone with an invisible illness

Crohn’s and Colitis Awareness Week: Joy in the little things