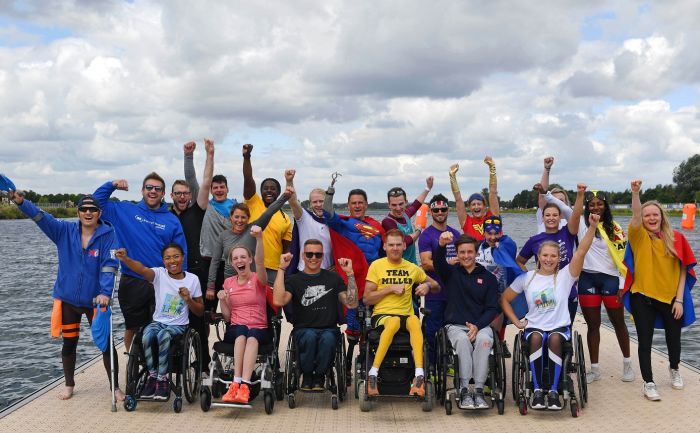 Presenter, writer and broadcaster Clare Balding has been announced as the host presenter of Channel 4’s Superhero Series, a programme that puts the UK’s everyday superheroes in the spotlight.

It is the only mass-participation sports series dedicated to the UK’s 13.3 million people with disabilities. Superhero Tri, powered by npower, is the third event in the series and will be taking over Dorney Lake in Windsor on 18 August.

Paralympian and Superhero Series founder Sophia Warnersaid: “I’m super excited to be working with Channel 4 and having Clare on board is such an honour. It’s great to finally put a spotlight on everyday people with disabilities enjoying and competing in sport. The series has unleashed so many amazing Superheroes and now the nation will get a chance to witness their superpowers in action!”

The series invites people with any kind of disability to go solo or unite with family and friends to take on unique challenges with as much or as little time and support as they need. Over 2,000 ‘everyday superheroes’ have already signed up for this year’s event, as well as a whole host of Paralympians, TV personalities and military heroes. 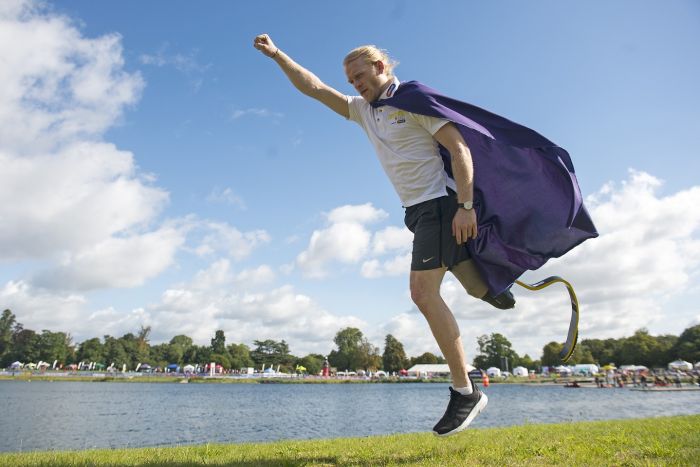 The programme itself will focus on some of the participants as they prepare for their big challenge. Clare and the Superhero Series team will follow them closely on the day to see how they get on. She will also be joined by a number of Channel 4’s Paralympic broadcast talent who will be interviewing the everyday superheroes and capturing all the great sporting moments as they unfold.

Head of Sport at Channel 4 Stephen Lyle said: “Channel 4 has always led the way in showcasing diversity and Paralympic sport. We’re delighted to extend this coverage to mass-participation disability sport and give it the platform it deserves.”

Twenty-seven celebrity team captains will be showing their support for the series that throws out restrictive rules and regulations that can sometimes deter or prevent many people with disabilities from taking part in mass-participation events.

This year’s line-up for the Celebrity Superhero Tri is more diverse than ever and includes newcomers Billy Monger,the double amputee racing superstar, military SuperheroDavid Wiseman, one of the architects of the Invictus Games, and Menna and Jen, the ‘Golden Girls’ of the 2018 Winter Paralympics, who brought home Great Britain’s only gold medal.

The show will be aired at midday on 1 September, so mark your calendars and get your capes at the ready. To find out more about Superhero Series, or to register your place to save the day, visit www.superheroseries.co.uk and keep up to date on Twitter.