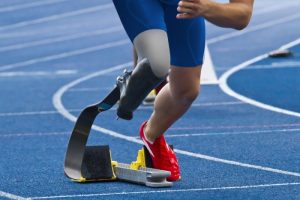 Research by Nottingham Trent University has suggested that there has been a positive change in children’s attitudes towards and perceptions of disabled athletes since the London 2012 Paralympic Games.

Student researchers from the university’s School of Education have repeated a project carried out before the Games last summer, which explored the perceptions that local primary school pupils have of able-bodied and disabled athletes.

Although taking place at a different school, a group of over 40 pupils aged between seven and nine were once again given two images; one featuring an able-bodied athlete and the second showing a disabled athlete, and were asked to circle a list of positive and negative adjectives for each image, covering both performance and personality attributes.

While both research projects showed generally positive views when it came to performance, in 2012 only 22% of the personality adjectives chosen for the Paralympic athlete were positive, but this rose to 92% in 2013. Words such as ‘cheat’, ‘mean’ and ‘selfish’ were replaced with ‘kind’, ‘confident’ and ‘friendly’.

Group discussions also saw some children disagree with the negative views of others and great empathy was shown for the athletes.

The group of five BA (Hons) Childhood Studies students, Sophie Cotterill, Megan Bird, Emma Foulkes, Nabeela Rashid and Alice Tame, carried out the research as part of a Commissioned Inquiry module and were supervised by Dr David Hindley, lecturer on the School of Education’s Sport and Leisure courses and sports development expert.

Sophie Cotterill said: “The children are at an age when values and attitudes are most commonly shaped. Although there were doubts before the Games as to how effective they would be in improving attitudes towards people with disabilities, these children showed a great knowledge on many Olympic and Paralympic sports and the athletes who took part in these. Therefore we can assume that exposure to high-profile disabled athletes and the resulting media attention has had an impact on their perceptions.”

Dr David Hindley added: “Our research last year raised some interesting questions about the perceived wisdom that the Paralympic Games is an effective vehicle for changing societal attitudes towards, and perceptions of, people with disabilities. We found in the first study that athletes with disabilities may only be accepted or seen in a positive light if they are evaluated in a sporting role and not in general terms, but it’s very encouraging that the results are dramatically different following the London 2102 Paralympic Games.

“However, now that children’s perceptions of Paralympic athletes and awareness of disabled sport appears to be increasing, it’s important that schools also enhance or expand sporting activities for children with disabilities. There are significant concerns that the legacy of the Olympic games will struggle to overcome the barriers facing disabled children who wish to participate in sport, especially in the current economic climate.”