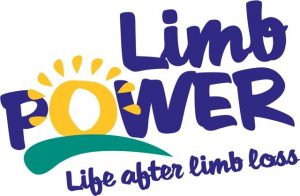 Last year the government announced that £1,500,000 would be released for Children’s Activity Prosthetic Limbs, a major step forward for all of the individuals and organisations who campaigned to secure this fund.

£750,000 of this fund has been allocated to providing children up to the age of 18 with prosthetic limbs and components and £750,000 has been allocated to a research collaboration into identifying what children and their families want from their prosthetic service and how this can be delivered. NHS Limb Centres across the country have been prescribing activity limbs for children since October 2016, with over 50 children already in receipt of activity limbs. It is anticipated that 70 children will have been issued with activity limbs by the end of this month.

The current trial fund is open to application until the end of March 2018. LimbPower are hopeful that the enthusiastic response to the availability of children’s activity prostheses coupled with the results of the extensive research taking place, will lead to an extension of this trial or see it become permanent option for children with limb differences across the country.

LimbPower has been working closely with the Department of Health in administrating the fund and to facilitate the application and invoicing procedure to make it as easy and quick as possible for all Limb Centres.

LimbPower was launched in November 2009 to engage amputees and individuals with limb impairments in physical activity, sport and the arts to improve quality of life and to aid lifelong rehabilitation.

Find out more at www.limbpower.com.

Rio runs in a pair of trainers for the first time with the NEW Junior Cheetah® Running Blade!