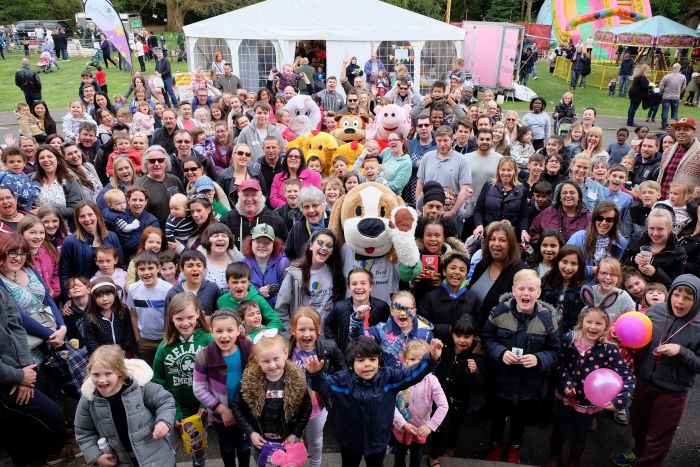 Actress Emily Carey launched a new fundraising campaign, #MyBrave, at The Children’s Trust Easter Fair in Tadworth on Saturday 15 April. The event, which raised over £10,000, pushed Emily out of her comfort zone by challenging her to confront her fears, as part of the campaign which calls for supporters to do something brave to help raise money for children with brain injury.

Known for her role as Grace in Casualty (BBC 1) and set to appear in the forthcoming film Wonder Woman, Carey took on a series of #MyBrave challenges which were open to the 2,000 members of the public who attended the event. The challenges included climbing a 24ft climbing wall, a claustrophobic cave experience, holding a creepy crawly and putting her hand in mystery ‘brave boxes’ which were made by children at the rehabilitation centre. 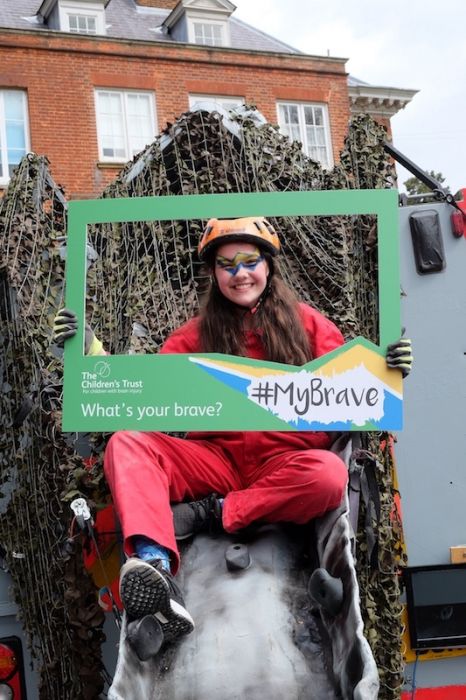 The 13 year old actress who plays the young Diana Prince in the forthcoming Warner Brothers film, said: “I first became involved with The Children’s Trust when researching for the part of Grace Beauchamp in Casualty, Grace was to be involved in an accident and acquire a severe brain injury. I visited The Children’s Trust to meet families affected by brain injury and I was humbled by their strength and bravery. I am delighted to be able to support the charity in its work and be part of #MyBrave. Taking on a personal challenge to help raise money means everyone wins, and most importantly, the charity can continue its amazing work helping children with brain injury.”

Every year more than 40,000 children in the UK are left with a life-changing brain injury as a result of an accident or illness. Specialist rehabilitation provided by The Children’s Trust gives these children the best chance at recovery. They confront some of the biggest challenges of their lives, trying to relearn the basic skills they lost such as movement, communication and feeding themselves.

The Children’s Trust wants you to take on a challenge, and raise money for children with brain injury live the best life possible. Whether it’s a sponsored swim, abseil, or something totally unique to you. Find your brave, visit www.mybrave.co.uk for inspiration.

About The Children’s Trust

The Children’s Trust is the UK’s leading charity for children with brain injury. Every year we support thousands of children and families right across the country. We provide rehabilitation to help children make the best recovery possible after a serious accident or illness, both at our national specialist centre in Tadworth, Surrey and in the community. We run a special school for children with profound and multiple learning difficulties and provide transitional medical care to children with complex health needs. We have an extensive research programme and provide online support for families all over the UK. Find out more at www.thechildrenstrust.org.uk.

Cyclists raise a record-breaking £14,000 for Motability