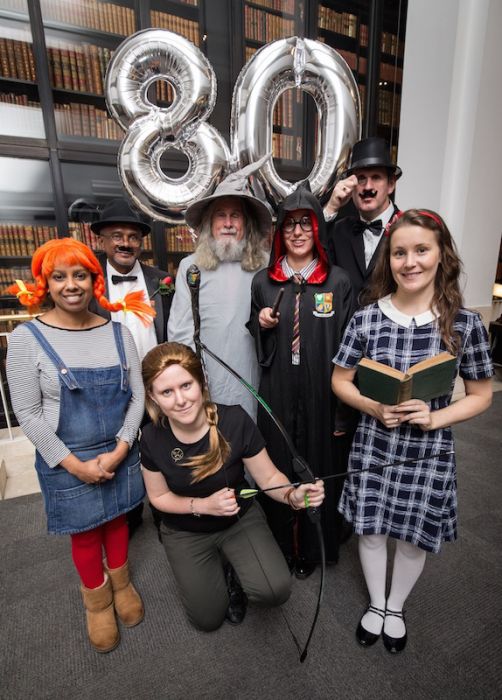 Talking Books, a service which provides 4,000 audio books every single day to people with sight loss, will be entirely free for all blind and partially sighted people from today.

RNIB (Royal National Institute of Blind People), the sight loss charity which runs the service, has made the announcement today, the 80th anniversary of Talking Books.

The Talking Books service was launched in 1935 to help soldiers who had been blinded in the First World War and were struggling to learn braille. The National Institute for the Blind (now RNIB) and St Dunstan’s (now Blind Veterans UK) joined forces to create the Sound Recording Committee which originally recorded Talking Books onto records to be played on gramophones.

Today, almost 30,000 blind and partially sighted adults and children use Talking Books and the RNIB library is the largest of its kind in Europe. Readers can access the audio books on CD or USB or as a digital download, so that they can listen to them how they choose, whether at home or ‘on-the-go’.

As part of the anniversary celebrations, HarperCollins which counts Hilary Mantel, Bernard Cornwell and David Walliams amongst its authors, has become the first publisher to commit to delivering every new title to the RNIB library on the date of general publication; providing equal and immediate access to current bestsellers for blind and partially sighted readers.

“At RNIB we feel passionately that reading can change the lives of blind and partially sighted people. After losing my own sight at a young age, I personally know how important the connection to the written word is, both for education and leisure.

“I am delighted that HarperCollins has chosen to support RNIB Talking Books and help improve accessibility through the library, we hope that other publishers will follow their lead. We’re committed to providing a world-class service which makes a huge difference to many people.”

“At HarperCollins we are committed to ensuring that everyone in the UK can access all our books in the format of their choice on the moment publication. As the publisher of the first ever ‘Talking Book’ it is fitting that we should extend our support and work in partnership with RNIB Talking Books to increase accessibility on its 80th anniversary and beyond. ”

The RNIB Library also offers a range of fiction and non-fiction titles for adults and children in braille and giant print. To find out more about the RNIB Library or to sign up for Talking Books call the RNIB Helpline on 0303 123 9999 or visit www.rnib.org.uk/library.

This year I will… get involved with Whizz-Kidz