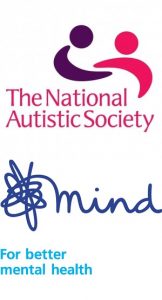 Two leading national charities have today welcomed the long-awaited judgment by the Supreme Court in P v Cheshire West and Chester Council and P and Q v Surrey County Council, which was made public this morning. The decision clarifies how to determine whether care arrangements for a person who lacks capacity to decide where to live amount to a ‘deprivation of liberty’.

The National Autistic Society (NAS) and Mind, which both intervened in the case to provide evidence, say that the ruling has great importance for the protection of people with mental health problems, learning disabilities and autism who are subject to the Mental Capacity Act (MCA). This is because special safeguards, called the Deprivation of Liberty Safeguards (DoLS), are put in place to ensure that any deprivation of liberty is in the person’s best interests. If there is confusion about who is and is not deprived of their liberty, some people will not get the protection of the safeguards, which are designed to protect people’s rights when they are at their most vulnerable.

The judgment concerned three appellants, all of whom lacked capacity under the MCA to choose their care arrangements. The question for the Supreme Court was whether the living arrangements for each was a deprivation of liberty. Under the MCA, a deprivation of liberty must be authorised by local authorities using DoLS procedures for care homes and hospitals, or the Court of Protection in other settings. Consideration must be given to whether the care arrangements are in the person’s best interests and done in a way that is least restrictive of their freedom.

Mind and the NAS provided evidence to show that there is widespread confusion about when a deprivation of liberty exists, which means the safeguards are not always used and people are left unprotected.

Previously the Court of Appeal decided that none of the appellants were deprived of their liberty because of the ‘relative normality’ of their lives compared either with their previous circumstances or with others with disabilities. In other words, the starting point for deciding whether they were being deprived of their liberty was the fact that their freedom was already inherently restricted by the nature of their disabilities.

In a welcome decision, the Supreme Court has overturned the Court of Appeal’s approach.

The NAS and Mind say the judgment provides crucial clarity on what constitutes deprivation of liberty. In her judgment, Lady Hale, Deputy President of the Supreme Court, outlines specific criteria that define when a person is deprived of their liberty: if they are not free to leave and if they are under continuous supervision and control. Lady Hale also lists three criteria that are categorically not relevant to the assessment: the ‘relative normality’ of a person’s circumstances; the reasons or motives behind the circumstances; and whether or not the person objects to the living arrangements.

The judgment follows a report last week from a House of Lords Select Committee, which concluded that the MCA is failing and called for DoLS to be replaced with provisions that are easier to understand and implement.

Paul Farmer, Chief Executive of Mind, said: “This judgment provides much-needed clarity on a hugely complicated issue. We know that there is widespread confusion about deprivation of liberty, leaving thousands of people with mental health problems and learning disabilities at risk of having their basic rights violated. We now have a test that can ensure deprivation of liberty is assessed in a fair and consistent way, which will help give people the proper safeguards when they are at their most vulnerable.

“This judgment is so important because it recognises the fundamental principle in the United Nations Convention on the Rights of Persons with Disabilities that people with mental or physical disabilities have exactly the same rights as everyone else. Previous judgments have been clouded by other issues, such as whether the person objected to their circumstances or whether they would have had much freedom in any case, given their circumstances. Lady Hale’s judgment rightly recognises that these things are irrelevant and that we all have the same basic rights as each other, regardless of individual circumstances.

“In light of this important ruling, we need now to see clear guidance from government for those involved in the care of people under the Mental Capacity Act and for families and people who lack capacity, so that everyone can be sure that the right test will be applied and policies and practices will be updated in light of the judgment.”

Mark Lever, Chief Executive of National Autistic Society, said: “Today’s ruling is a victory for the rights of vulnerable people. This landmark judgment makes it clear that people with autism have the same rights as anyone else: what counts as a deprivation of liberty is the same for anyone, regardless of whether they have a disability or mental health problems.

“Legal safeguards were rightly set up several years ago to ensure that people who lack capacity are only deprived of their liberty when it is in their best interests and all less restrictive options have been explored. However, the system established to do this is bewilderingly complex. The current safeguards are underused, leaving the rights of many vulnerable people at risk.

“Today’s judgment marks an important step to address this. We now have an acid test from the highest court in the land clarifying what counts as a deprivation of liberty. We call on the government to urgently issue clear guidance to care providers and local authorities so that they can implement this judgment.”

Mind and the National Autistic Society would like to acknowledge and give sincere thanks for the pro bono support provided by Ian Wise QC, Steve Broach and Martha Spurrier at Doughty Street Chambers, and lawyers at Clifford Chance.

The National Autistic Society is the UK’s leading charity for people with autism and their families. Founded in 1962, it continues to spearhead national and international initiatives and provide a strong voice for all people with autism. The NAS provides a wide range of services to help people with autism and Asperger syndrome live their lives with as much independence as possible. For more information about autism and for help in your area, call the NAS Autism Helpline on: 0808 800 4104 10am-4pm, Monday to Friday, (free from landlines and most mobiles) or visit www.nas.org.uk

Mind is the leading mental health charity in England and Wales. We provide advice and support to empower anyone experiencing a mental health problem. We campaign to improve services, raise awareness and promote understanding. For more information visit www.mind.org.uk