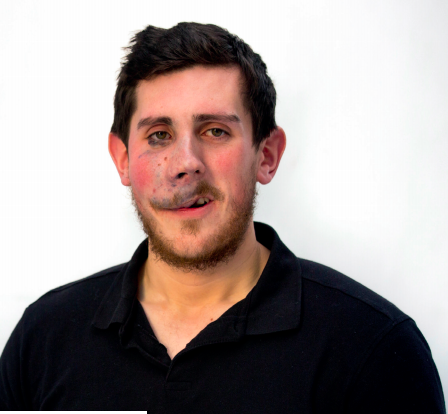 We speak to Rory McGuire about the campaign he’s spearheading to stop discrimination against people with a disfigurement.

“A lot of people think it’s just young people who make comments, but it’s old people, too,” says Rory, who has a birthmark on his face and has had around 20 operations. He faced a lot of verbal prejudice and mental abuse when he was growing up, and has teamed up with charity Changing Faces to raise awareness and change people’s attitudes towards people who look different.

Changing Faces’ report, Looking Different – The Future of Face Equality surveyed over 1,500 children across the UK aged 7-17. Its findings show that children are socialised to discriminate against people who look different. Almost half of young people have stared at a person with a visible difference – or know someone who has.

“One little thing someone said that I found hurtful could put me in a bad mood for the rest of the day,” says Rory. Insensitive comments, staring, being le out and bullying are sadly still commonplace in the playground, but it doesn’t need to be that way. Rory believes that parents should educate their children that everyone doesn’t look the same. “We live in a diverse world,” as he points out. 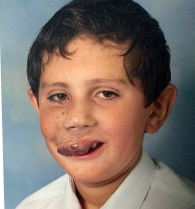 Rory has put aside the negativity and abuse that he experienced since he was young. “Two years ago, I decided not to hide myself away any more and I posted on Facebook about what I had gone through. It went viral and I got so much encouragement from all over the world which showed me that people can be supportive,” says Rory. “I also had a major operation that removed about 85% of my birthmark and that helped my confidence, too.”

Many hate crimes go unreported, so we don’t know the full extent of the problem outside the classroom. Rory and Changing Faces want to encourage more people to come forward and report hate crimes. “The police will deal with it appropriately, and the person will be able to get help and support and not go through the trauma alone,” he says. However, there is some good news: in general, people are more accepting. “It’s still a very serious issue worldwide,” says Rory. “People might be becoming more tolerant, but we still have a long way to go.”

INTERVIEW: Celebrating the 10th anniversary of the Equality Act with RNIB