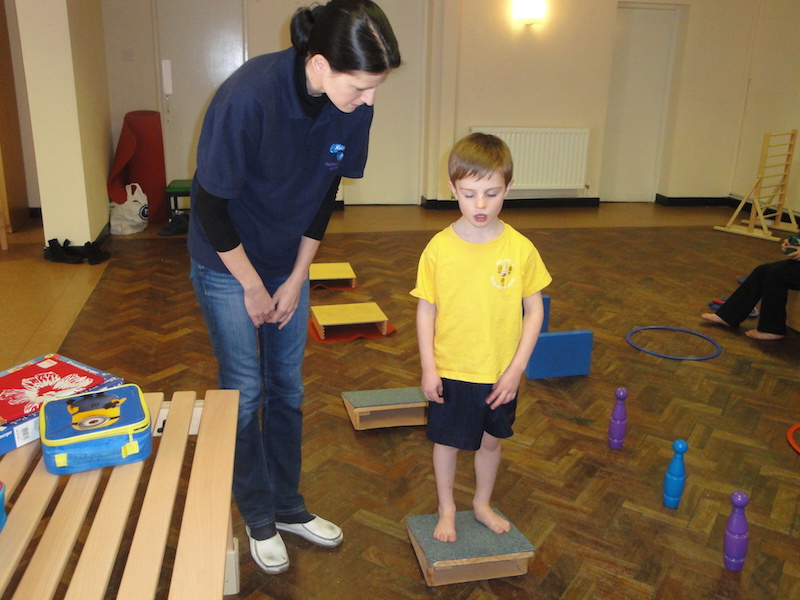 Stick ‘n’ Step began operating in New Ferry in 2002 and until now has remained in Wirral. The charity has grown drastically over the years and now provides Conductive Education and support services to 70 families. Elsewhere, parents can expect to pay around £3,500 per child, per year, for Conductive Education. At Stick ‘n’ Step, it’s free. The charity receives no NHS or government funding and relies completely on grants and community fundraising to cover its annual running cost of £350,000.

Having considered its existing reach, and that of other Conductive Education centres, Stick ‘n’ Step identified that families in Cheshire don’t currently have easy access to this type of facility. So, a second, separate service has now begun in Cheshire. The pilot is a pop-up Stick ‘n’ Step at Tarporley Community Centre and will run for a year. Each Wednesday a Conductor will be running two three-hour sessions, working with up to eight families. It is intended to be a close replica of the service provided in Merseyside – a second set of equipment has been purchased and attendance is also free.

Conductive Education is a non-medical based developmental aid which promotes independence for those with conditions like cerebral palsy. Cerebral palsy is the most common form of childhood disability, affecting 30,000 children in the UK. The muscles of children with cerebral palsy don’t always work as well as they should, meaning simple day-to-day tasks, like walking and talking, can be a big challenge. At Stick ‘n’ Step children learn for themselves how to do all of these things, whilst making friends and having fun. There are currently around 13 Conductive Education centres in the UK, with only a small number in the Midlands and North West.

A parent whose child attends sessions in Cheshire said: “I walked into our front room the day after my daughter’s second session to find her having already (without help) unlaced her boots and, trying to take them off. She required very little assistance and then went on to remove her splints! I was blown away. She said that she didn’t know she could take her own shoes off until she went to Stick ‘n’ Step [Cheshire]! She had a lovely session on Wednesday and, thanks to your dedicated team, has already acquired a new skill.”

Commented Sarah Smithson, Operations Manager at Stick ‘n’ Step: “This is our biggest milestone to date and we’re excited to be introducing our service into Cheshire. The potential for development and social impact is huge. It’s incredible to think this charity has grown tenfold over the last 12 years, having gone from working with seven families to 70!

“This growth has been made possible by the dedicated support and fundraising of the community in Merseyside. Our challenge now is to establish a similar community in Cheshire, so that we can remain permanently in this area.”

For more information about Stick ‘n’ Step and how you can help, visit www.sticknstep.org or call the Merseyside centre on 0151 638 0888.