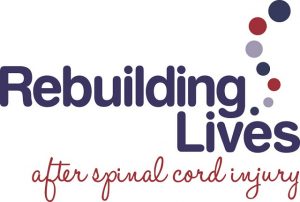 A variety of screen and sports stars will be heading to Birmingham on 5 June to help celebrate the Spinal Injuries Association’s 40th Anniversary at their Rebuilding Lives after Spinal Cord Injury Awards ceremony.

The Rebuilding Lives after Spinal Cord Injury Awards ceremony will be hosted by Episodes and Green Wing actor Stephen Mangan. Stephen became involved in the event through the personal experience of his good friend Lucy Gannon, author of the BBC’s Best of Men and ITV’s Frankie.

Stephen will be assisted during the evening by Lucy and other celebrity supporters of the Spinal Injuries Association including actor Ben Owen Jones, presenters Gary Lineker and Lucy Alexander, and Paralympians Steve Brown, Anna Turney and Josie Pearson. Each will help announce the winners of 16 awards.

The Rebuilding lives after Spinal Cord Injury Awards celebrate the achievements of the spinal cord injury community, and is SIA’s way of say ‘thank you’ to those that make an impact on the lives of others. This includes inspirational spinal cord injured individuals, healthcare professionals and law professionals.

Three shortlisted nominees, for each award category, have been invited to attend the event, which starts at 6.30pm with a champagne reception. The winners of all 16 awards will be announced during the course of the event, which will take place at the Hilton Birmingham Metropole.

A celebration of the outstanding achievements of individuals in the spinal cord injured community. The nomination period closed on 28 February 2014. See who was shortlisted at www.spinal.co.uk/page/RLSCI

About The Spinal Injuries Association (SIA):

Three finalists named for the Stelios Award for Disabled Entrepreneurs 2013