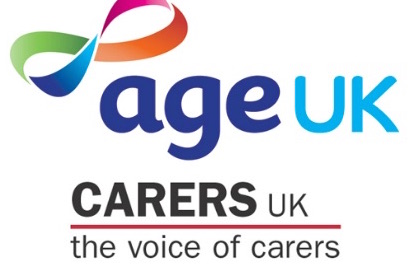 Older people are struggling through their later years caring for a loved one in increasing numbers according to a new report published today, with figures showing the number of carers aged 85 and over in England has risen by a staggering 128% in ten years to over 87,000. The new analysis by charities Carers UK and Age UKalso shows that over half (55%) of these over 85s are caring for 50 or more hours each week.

As our society ages, the number of carers aged 85 and over will continue to grow rapidly, with projections showing there will be over 200,000 carers in this age group by 2030.

The majority of carers over 65 are looking after a partner as older couples try and manage living at home, leaning on each other for support with little or no outside help. Many are caring for even older parents and picking up child care responsibilities for grandchildren too. Others care for disabled sons or daughters and are facing up to worries about the future after a lifetime of providing vital care and support.

These older carers are making an immense contribution to the state – their care is estimated to be worth over £15 billion each year. Yet, despite this rapid growth in older carers, fewer of them are being offered support. The number of carers aged 75 and over being offered services to help them cope after an assessment of their needs has fallen by 9% since 2006/7 at the same time as demand is growing from people caring into old age.

The shocking figures are in the new report, Caring into Later Life, published today by the charities, which also found that nearly half (48%) of carers aged 85 and over who are providing 20 or more hours of care a week say that they feel anxious or depressed. Carers UK and Age UK are calling for immediate action to support the growing number of people caring in later life.

The report reveals new insights into the make-up of older carers showing that 6 in 10 (59%) carers age 85 and over are men, in sharp contrast to the carer population as a whole (only 42% of all carers are men).

Heléna Herklots, Chief Executive of Carers UK, said:
“Caring is something that touches all of us at some point in our lives but this research shows that growing numbers of older people are caring for others at a time when they are more likely to need care themselves. Older carers make a huge contribution to our society estimated to be worth £15 billion a year, but this is too often coming at a cost to their own health and wellbeing. This report shines a light on the vital care that older people are providing, often behind closed doors. Now action is needed to ensure that older carers have the support they need so they don’t have to care alone.

Caroline Abrahams, Charity Director of Age UK, said:
“Our ageing population presents a challenge for Government, social care services and the NHS to meet the increasing demand for care but also support the rapidly expanding numbers of older people who are themselves providing care. Important new duties in the Care Act have the potential to improve support for older carers but sufficient and sustainable funding for health and care services is urgently needed to reverse the worrying trend of fewer older carers receiving social care services.”

Carers UK is a charity led by carers, for carers – our mission is to make life better for carers. Find out more at www.carersuk.org.

Age UK believes that everyone should have the opportunity to make the most of later life, whatever their circumstances. Find out more at www.ageuk.org.uk