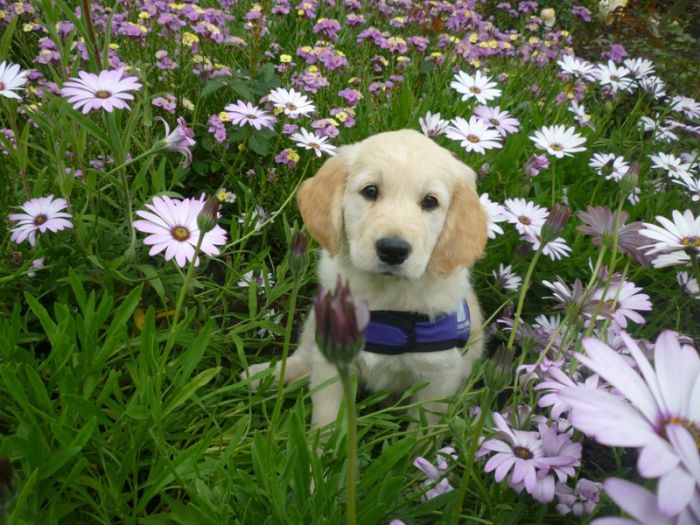 Canine Partners enables people with disabilities to enjoy a greater independence and a better quality of life through the provision of specially trained dogs.  As the Charity receives no government funding, support from corporates such as The Southern Co-operative is vital to allow them to grow and create more life-changing partnerships.

As a result of the two year partnership with The Southern Co-operative, Canine Partners has been able to purchase 25 puppies to join their training programme and help towards the cost of training 15 of these puppies to become highly skilled Canine Partners assistance dogs. “This support for Canine Partners has also helped us raise a huge amount of awareness for our work”, said Fiona Healey-hutchinson, Canine Partners’ Director of Fundraising, Marketing and Communications. “Last year we received more applications from people who need our help than ever before, and we created a record 67 new partnerships. We have been able to recruit new trainers, new animal welfare staff and have established new puppy training groups across the UK to look after the rise in new recruits.”

Gemma Lacey, Head of Sustainability at The Southern Co-operative, explains how they achieved this fantastic amount:  “Our colleagues have truly embraced this amazing charity, fundraising in our stores, funeral homes and central office with raffles, fancy dress days, competitions, cakes sales and sponsored events, but also undertaking personal challenges like skydiving, marathon running and cycling”.  The independent Society, which has over 200 stores and funeral homes across southern England, also organised two ‘Bark in the Park’ sponsored dog walk days in the grounds of its Portsmouth office, a ‘Bark at the Ball’ dinner and auction and five days of ‘Bark and Ride’ sponsored cycling in stores during its annual charity awareness week, raising £50,000. “Much of the partnership’s success is because Canine Partners were so hands-on throughout, which definitely helped to build a really strong relationship with our colleagues and drive their fundraising”, added Gemma: “Their puppies and puppy parents have come along to store openings and fundraising days, their dogs have given demos to showcase their amazing talents and their disabled partners have joined in our events.”

Canine Partners’ Chief Executive, Andy Cook, enthused: “We have absolutely loved working with The Southern Co-operative over the last two years and their enthusiasm for working with us – with our puppy parents, our dogs and our partners – has been extraordinary. Colleagues in the business have thrown themselves into all sorts of fundraising events and challenges and raised a stupendous amount of money, which has enabled us to change so many peoples’ lives.” He added: “The partnership between us cannot be underestimated in allowing us to provide our amazing dogs to people with disabilities. We feel humbled and privileged by how far The Southern Co-operative has gone to make this partnership work, how much has been raised and how many people have become involved. The past two years have been truly inspirational.”

Canine Partners is a registered charity that assists people with disabilities to enjoy a greater independence and quality of life through the provision of specially trained dogs, whose well-being is a key consideration. Visit Canine Partners’ Web site at www.caninepartners.org.uk