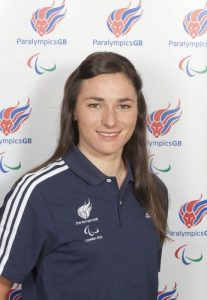 Following the success of ParalympicsGB at what has been called the ‘greatest Paralympic Games ever’, where the team won 120 medals, 34 of them gold, the BPA is delighted that 29 athletes have been recognised with honours.

Four-time gold medallist at London 2012 Sarah Storey has been made a Dame of the British Empire (DBE). Storey has a total of 22 medals to her name (11 Gold, eight Silver and three Bronze) from six Paralympic Games. She received an OBE following Beijing 2008.

Also recognised are triple gold medallist Sophie Christiansen, who is awarded an OBE, and multi-medallist Eleanor Simmonds. Both were awarded MBEs following Beijing, where they both won two gold medals.

Nigel Murray, a four time Paralympian in Boccia, is also recognised with a MBE. Murray is Britain’s most successful Boccia player, having won two golds, one silver and one bronze medal from four Games appearances. He is also the fifth most successful player of all time. He announced his retirement following London 2012.

Tim Hollingsworth, Chief Executive of the British Paralympic Association, said: “The recognition of our Paralympic athletes in the New Year’s Honours List is a wonderful way to bring this remarkable year to a close.

“Their performances on the field of play not only received rapturous applause from the crowds at London 2012 and viewers of the TV coverage, many of whom were experiencing Paralympic sport for the first time, but the 11 days of sport that we witnessed this summer also gripped the nation and changed many peoples’ perception of disability sport.

“It is fitting that so many of our gold medallists are today offered some of the highest tributes possible which reflect not only their sporting talent but also the sheer hard work and dedication that they put into preparing for their home Games. We are extremely proud of their achievements.”

Speaking today, Sarah Storey said: “Wow, I am speechless but incredibly honoured and extremely proud to accept the DBE.

“I never expected any additional awards after my sporting success, I love competing for my country and that is a huge honour in itself. Now to be a Dame is beyond anything I could have ever imagined and I cannot thank my family, friends coaches and support staff over all the years enough for their devotion in helping me to follow the path of becoming the best athlete I can possibly be.”

The list of athletes and officials in Paralympic sport is:

Dames Commander of the Order of the British Empire

Commanders of the Order of the British Empire

Officers of the Order of the British Empire

Members of the Order of the British Empire