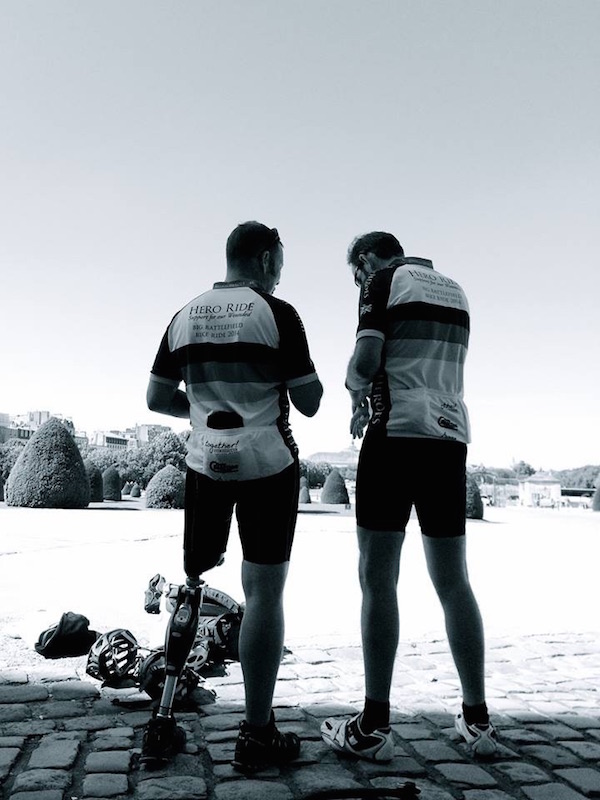 Craig lost his left leg in 2010 whilst serving in Afghanistan with the British Army. He has since regained his ability to walk using the most advanced bionic leg in the world and has become a symbol of hope for other injured veterans through his charity work with BLESMA and Help for Heroes.

Craig Gadd, from Hull, Yorkshire lost his left leg whilst serving in Afghanistan in 2010. Craig was leading a search team, part of the UK Counter-Improvised Explosive Device Task Force  (C-IED TF) to clear IEDs in Helmand Province when he stepped on a hidden device. As a result he lost his left leg above the knee and received other fragmentation wounds to his right leg, torso, hands and face.

“We were clearing some compounds for potential devices and unbeknown to us, there were two IEDs in this compound, one at the entrance and one to the rear”, said Craig. “One device had been knelt on by a member of my search team at the rear of the compound but failed to initiate. After making this device safe, we carried on with the task. I entered the compound again as I had done several times that day; I then stepped on the other device that was hidden by the entrance of the compound but had been missed. This was in the initial compound entry point we had all been using that morning, we had all walked through this entrance many times, so it could have been any one of us.”

Craig was flown back to the UK that evening and underwent four years of rehabilitation at Headley Court. During this time, Craig endured several surgical procedures to remove Heterotopic Ossification (HO) which is bone formation at an abnormal site, usually in soft tissue. This is common in blast injuries and can be extremely painful and debilitating.

“During my rehab, I initially used a prosthetic knee which randomly unlocked if my body was in the wrong position, which caused me to fall down the stairs a couple of times. I am now using an Ottobock Genium X3 which makes me feel safer with its step over step functionality. It has also given me the chance to carry on normal activities such as spending time with my children, walking the dogs and going on holiday without worrying about falling into the water.”

The Genium X3 is the world’s most technologically advanced prosthetic leg and features activity modes that will allow Craig to take part in everyday activities. The bionic technology can be programmed from a laptop and can be switched manually between different modes using a Bluetooth remote control. Sensors, a gyroscope and in-built computer mean the Genium X3 can be programmed to perfectly match Craig’s lifestyle.

Craig, who has two daughters and lives with his fiancée and youngest daughter, now works with charities such as BLESMA and Help for Heroes together with other welfare groups. He also enjoys working on developing neglected properties and either restoring or rebuilding them to a high standard, all of which he is able to achieve with his prosthesis from Ottobock.

“The main advice I can give others in similar situations is to push for the leg that best suits your ability and aspirations and don’t settle for second best. Don’t just accept the fact you are an amputee, get what suits you and you lifestyle. Also, seek the best support from your prosthetist as there is no benefit in having the best knee if the socket doesn’t fit.”

For more information about Ottobock’s range of products and services visit www.ottobock.co.uk

Veteran to Paralympian with Steve Arnold

Amputee in the Pink with Running Blade