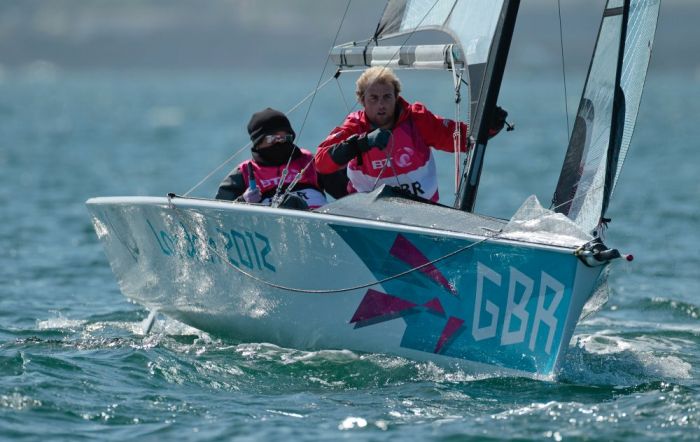 Britain will win its first ever Paralympic Sailing medals tomorrow (Thursday) as its sailors head in to the final day of the London 2012 Paralympic regatta guaranteed at least silver and bronze.

Helena Lucas – the only woman in the class – is sure to win at least a silver in the 2.4mR class as she currently sits in gold-medal position with a nine-point advantage over Germany’s Heiko Kroger with one race to come.

Alexandra Rickham and Niki Birrell are guaranteed at least a bronze in the SKUD class. They currently sit third overall, two points behind Jen French and J-P Creignou of USA but too far ahead of the Canadian boat in fourth to be caught. Australian pair Dan Fitzgibbon and Liesl Tesch hold an unassailable lead in gold medal position.

These will be Britain’s first medals in Paralympic Sailing since the sport became part of the full Games programme at Sydney 2000, although the British Sonar team of Andy Cassell, Kevin Curtis and Tony Downs won gold at the demonstration regatta in Atlanta 1996.

Meanwhile, the Sonar crew of John Robertson, Hannah Stodel and Steve Thomas could still make it a medal hat-trick as they are in bronze-medal position, just one point behind Germany in second.

Netherlands have wrapped up gold with a day to spare, while only eight points separate Germany from USA in seventh.

The final races will start tomorrow at 11:00.