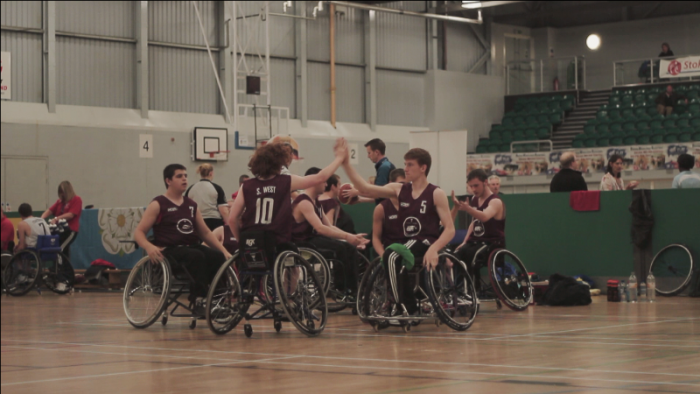 Wheelchair basketball team, the South West Scorpions, will see their documentary Made of Steel feature on national television channel Community Channel this January.

Made of Steel highlights the skills of these strong, ambitious and courageous young athletes. Coached by Jen Browning, a Paralympic wheelchair basketball gold medalist, the South West Scorpions provide opportunities for young people and adults from Bristol and the surrounding area to play wheelchair basketball.

The documentary, which has just been nominated for the Royal Television Society Student Award, follows the junior team as they compete at the National Junior Championships, an annual tournament where the best teams from across the UK compete against each other. Viewers watch the young athletes, with disabilities ranging from cerebral palsy to amputees, play with spirit and passion as they forge relationships that go beyond the court. 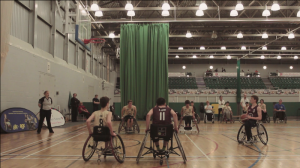 Made Of Steel is an inspiring display of inner mental strength as the players pursue their career. It’s best summarised with one of the player’s motto: “If you want to do something, no matter what your ability, if you have the determination, you will get there.”

Jack Maddox, filmmaker, said: “My view is that television and film tends to portray disability in a negative light, focusing on the weaknesses. As someone who has a disability I was in a unique position to produce a documentary as I could draw from my own experiences. This documentary allows viewers to get to know the athletes and it focuses on their strengths, showing what they excel at.”

Jen Browning, Team Coach of The South West Scorpions, said: “Wheelchair basketball isn’t just about the game, it’s about this community of likeminded athletes who are able to express themselves through sport. The classification system has allowed people of all abilities to play the game, disability or not, in a fair way. The 2012 Paralympics created a huge interest in the sport and has helped it to grow. Made of Steel and similar documentaries, which have received national television broadcasts, help to keep this legacy alive.”

Alexander Kann, General Manager of Community Channel, said: “I am delighted to have this opportunity to share Made of Steel with Community Channel viewers. Jack Maddox’s film shows how with dedication and the right support, people can pursue their passions and flourish no matter what. It’s a story found in local sports and communities right across Britain today.”

Made of Steel will broadcast on Community Channel on Thursday 16th January at 10pm and will be repeated on Sunday 19 January at 9pm and Friday 24th January at 9.30pm. In the
meantime visit the website at www.madeofsteelfilm.com.

Community Channel is owned and run by communications charity Media Trust and can be viewed 24 hours a day on Virgin 233, on Sky 539, on Freesat 651 and on Freeview 87 from 2am-8am.

Igniting the energy within with BP