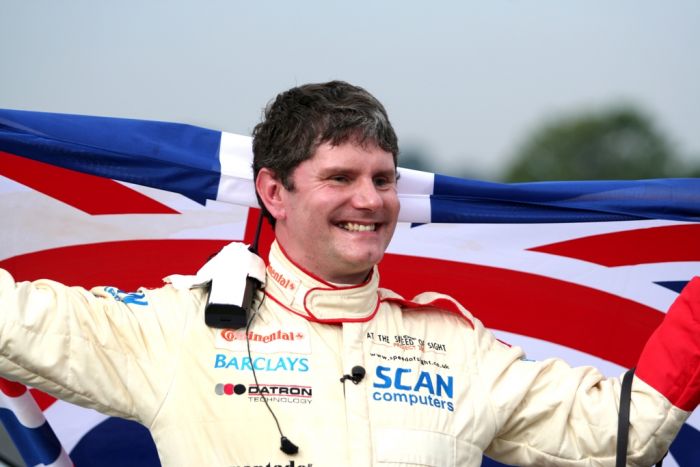 On 11 October, World Sight Day, a 51-year-old ex-Barclays Bank Manager from Manchester is hoping to be the first blind person to hold both Guinness world land speed and water speed records simultaneously.

For the challenge, Mike Newman intends to be the first blind person to drive a car, unaccompanied, over 182mph and take a powerboat over 91mph. If he succeeds, he’ll be the first person to hold such a record since his hero Donald Campbell MBE set both records in 1964.

Mike is no stranger to world records. He also holds a Guinness world blind aerial acrobatic record, gained as part of a team record whilst flying the most consecutive loops in formation with The Blades Aerobatic Team in 2011.

After successful trials in Leicestershire and Devon, Mike, a fundraiser and motorsport enthusiast, is determined to make the record books again on this significant day – annually, the secondThursday in October – that is recognised globally to focus attention on blindness, visual impairment and rehabilitation of the visually impaired

At 9 am on 11 October, driving a Noble M600 – an incredible 650 bhp hand-built, carbon bodied, British supercar made by Noble Automotive in Leicestershire – Mike will attempt to reach over 182mph at Bruntingthorpe in Lutterworth, one of the longest runways in the country. The Noble is one of the few cars in the world capable of such a high speed. A test run of the Noble car, on 25th September 2012, proved it worthy of the record within the appropriate distance, with room for breaking.

After a dash to Torquay at 3 pm on the same day, Mike will take the helm of Drew Langdon’s Silverline offshore Formula 1 power boat, powered by two V8 950HP engines, and hope to reach over 91mph – the practice speed he achieved just one month ago. The current record stands at 91mph. At the event, Mike Newman and Gina Campbell will meet Elected Mayor and Leader of Torbay, Gordon Oliver.

Commenting after the Noble M600 test, Mike said: “Words can’t really express how I’m feeling at the moment, to get to this place. To be able to demonstrate that I’m a person with a disability and not a disabled person will help change people’s perception. Everyone should have a chance to realise a dream. In being able to realise mine, I’m enormously grateful to my team, all the sponsors and supporters.”

With the Olympic Paralympic Games recently starring in the UK, the concept of people with disabilities having access to sport has been at the forefront of the public’s mind and it is paramount as Mike’s motivation to make sports available to as many people as possible regardless of their ability.

Find out more about Mike’s incredible task at www.speedofsight.co.uk.