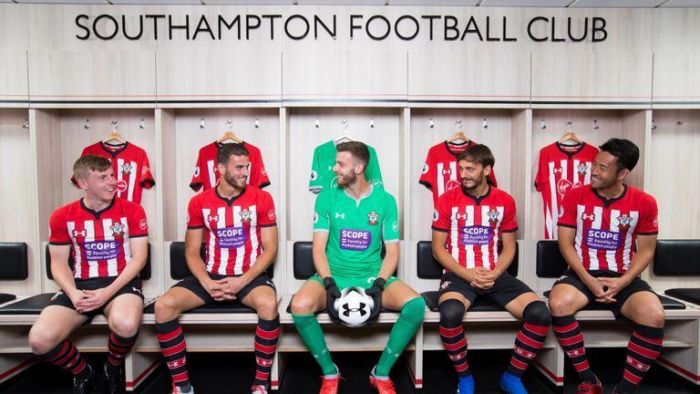 Tomorrow (Saturday 25 August) will see the team play in the Premier League against Leicester wearing the new kit. Supplied by Virgin Media, the kit is set to raise awareness for Scope’s new campaign: Disability Gamechanger.

Prior to kick off, the team’s exclusive football shirt will be carried out onto the pitch to ensure everyone in the stadium can see the positive move to promote disability equality. Similarly, Southampton players – nicknamed Saints – will wear Scope tops during their warm-up and during the match.

The campaign is promoting an increased understanding of issues people living with disabilities can face.

1 in 5 of us in the UK is disabled. That's 14 million people facing prejudice and negative attitudes every single day – but all of us can make a difference. Be a #DisabilityGamechanger 💪

It is not the first time Scope, which promotes and advocates for disability equality across the UK, has premiered on Southampton’s kit. In May 2017 the charity replaced the Virgin Media sponsorship during a match against Manchester United. As recent research reveals nearly half of disabled people feel excluded from society the time for this campaign has never been more prominent.

For the love of the beautiful game, make sure to watch the match and support the campaign.

Disabled consumers should be “bold and loud” about their spending power, says independent commission