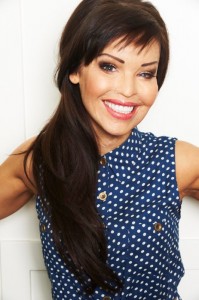 A brutal acid attack turned Katie Piper’s world upside down. Now, she’s using her experience to help others in a similar situation.

Looking at pictures of Katie Piper at age 24 and 27, it’s hard to believe it’s the same person. At 24, Katie was a beautiful young television presenter and model with the world at her feet. Three years later, she’s better known as the victim of a horrendous acid attack which stripped her of her face, career and life as she knew it.

In March 2008, Katie’s relationship with new boyfriend Danny Lynch took a horrendous turn for the worse. After two weeks of dating, Danny became aggressive following a night out and forced Katie to endure eight  orrific hours of rape and abuse.

Following death threats from Danny, Katie locked herself in her flat for three days, too afraid to leave. After bombarding her with messages and phone calls, Danny pleaded with Katie to read messages he’d left her on Facebook. Believing that if she did, he’d leave her alone, Katie headed for an internet cafe. As she left her flat, a man approached holding a cup. Thinking he was a beggar, Katie reached into her bag for money and, almost immediately, 19 year-old Stefan Sylvestre threw sulphuric acid in her face.

The vicious attack destroyed all the skin on Katie’s face, neck and hands and left her blind in one eye. Katie spent seven weeks in hospital where she was placed in an induced coma and had ten days in intensive care.

Katie’s horrendous ordeal and recovery formed the subject of an award-winning Channel 4 documentary, Katie: My Beautiful Face. It was a shocking, heart-warming story which captured Katie’s resilience as she struggled to come to terms with severe disfigurement.

Three years on from that fateful day, Katie’s a vibrant, assured young woman intent on living a normal life. Through the Katie Piper Foundation, a charity she set up, she aims to help people in a similar situation.

IN HER OWN WORDS

Her recently published autobiography, Beautiful, tells Katie’s life-changing experience in her own words: “I wanted to write about my experience and explain what it’s like living with a disfigurement,” she tells Enable. “I also wanted to say that life goes on and I’m now happy and confident.” Katie learnt a lot about herself while writing the book: “Part of my psychological help was to keep a journal about what I was going through. I used the journal as the bones of the book. It was very therapeutic.”

The phenomenal reaction to the Channel 4 documentary helped build Katie’s self-esteem, she says, and proved to be a milestone in her recovery: “It was such a big turning point and made me feel it was ok to be me. I could be proud of my scars.”

Katie is now a familiar face on television, having given Channel 4’s Alternative Christmas Message in 2009 and recently frontinga new series, Katie: My Beautiful Friends, where she met people living with facial  disfigurement. It’s programmes like that, says Katie, that help change people’s perception of beauty.

“Beauty is made up of many things – the packaging on the outside is a minor thing,” she reveals. “The people I met on the show have gone through life in their own way and they’re all successful, accomplished people. They have achieved the same, if not more, than most people.”

Although still regularly undergoing surgery on her oesophagus, nose and eye, Katie’s time is dedicated to running the Katie Piper Foundation, a charity she established to help fund treatment for burns victims. “I had a lot of intensive physiotherapy and rehabilitation in France,” she told us. “It’s not available in this country and I want to raise money to bring that treatment here.”

As for what’s ahead, work is Katie’s main focus. “I don’t like to plan for the future,” she says. “What happened to me made me realise life doesn’t always go to plan and things do happen. I just enjoy my work, enjoy every day as it comes and feel grateful for the help that I have had.”