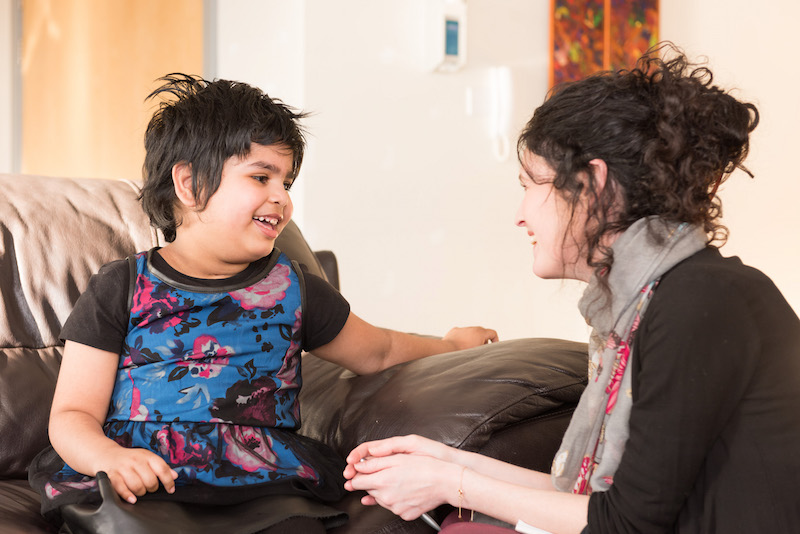 Maria Coyle is information editor at The Children’s Trust which is the UK’s leading charity for children with brain injury. She oversees the Brain Injury Hub website which offers clinical advice and practical support for parents of children with brain injury. Here, Maria blogs about the charity’s new campaign to tie in with Action for Brain Injury Week.

As part of Action for Brain Injury Week (May 18-24) we have launched the #7Days7Ways campaign.

It’s a really simple concept, encouraging people to do something during the week on the theme of ‘7 Days, 7 Ways to help children with brain injury’; from talking about it on social media to signing up for a fundraising challenge.

Our main aim of the campaign is basically to make more people more aware of the lasting effects of a brain injury and show that some of these are often invisible to others.

Brain injuries can occur following an accident, an illness or even a bump on the head and can range from severe to ‘mild’.

While with a serious brain injury a child might have to learn how to walk, talk and eat for themselves again, those deemed to have a ‘mild’ injury are often left with other debilitating effects such as memory loss, extreme fatigue and co-ordination problems.

It may be years down the line when a child starts experiencing difficulties at school or socialising that it may come to light. Sadly it can often be misunderstood as bad behaviour or lack of effort.

It is estimated that around 40,000 children a year sustain a brain injury but the numbers could be much higher, as some who have suffered a somewhat less serious injury aren’t actually diagnosed.

At The Children’s Trust we provide intensive residential rehabilitation to children as they make those often tentative but always treasured steps in rebuilding their lives following an injury. 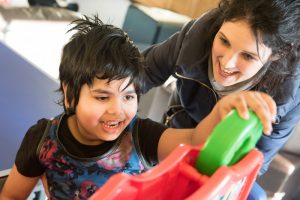 We also have brain injury specialists working with children throughout the country. And our Brain Injury Hub is visited by thousands of people every year. It provides clinical advice for families, enabling them to implement rehabilitation techniques with their child, as well as an online forum for families to share their worries, concerns or ideas with each other.

This is a picture of myself and Labeebah, a little girl who came to The Children’s Trust in 2012 for rehabilitation for a brain injury sustained from being knocked down.

I undertook several shadow shifts with Labeebah and her key worker during her time here.

In the early days she couldn’t talk or walk and it took a lot of effort to even lift her head up.

Through different therapies including physiotherapy and speech & language, she was soon able to say a few more words and was eager to try walking.

This picture was taken during a recent visit. It was incredible to see how much she had improved.

She isn’t as reliant on her wheelchair and she is continuing to get stronger each day.

Her mum explained to me that she understood Labeebah and the family’s life has changed for good but that now they are enjoying this new life and using techniques to help overcome some of the challenges.

I’m urging everyone to support our campaign so that even more children like Labeebah will get the support they need so they can make the best possible recovery.