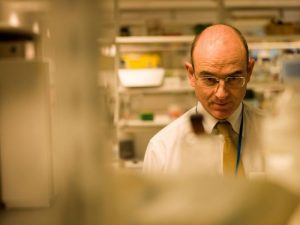 Action Duchenne, a leading national charity focused on finding viable treatments for Duchenne Muscular Dystrophy, stated its delight in the recent EU grant win of EU5.5m by a team of scientists, led by Prof. Francesco Muntoni of the UCL Institute of Child Health based at Great Ormond Street Hospital. The charity co-funded the bid with the Muscular Dystrophy Campaign, which was awarded to develop and test a new treatment for children with Duchenne Muscular Dystrophy. The treatment will aim to provide a ‘molecular patch’ for exon 53 and will be known as SRP-4053. EU1.4m of the grant has been allocated to UCL and Great Ormond Street following the promising results of trials of Eteplisen, which aims to skip exon 51, and was also led by Prof. Muntoni and published by US company Sarepta (formerly AVI Biopharma) in 2011 and 2012.

Initially the project will concentrate on identifying the best drug formula to ‘skip’ exon 53 and will be followed by a clinical safety test. The trial is expected to start in 2014 and will recruit 12 patients, of which four will be from the UK. Its aim is to assess the safety, tolerability and efficacy of the drug at different dose levels. Sarepta will provide the drug and fund half of the costs of the production and clinical trials.

Paul Lenihan, National Director at Action Duchenne commented, “Action Duchenne has long recognised the value of the work of Professor Muntoni and his team in drug development and clinical trials. We saw the opportunity to support the EU grant application by co-funding the bid process and providing project management expertise and support. We are delighted by the outcome which will make a real difference to our families and young people with Duchenne. We will also be instrumental in providing input from the Duchenne families that are involved or have been involved as the research is carried out over the next four years.”

Professor Muntoni said; “This funding is excellent news for the DMD community, which has been eagerly awaiting developments in the targeting of other exons following our trial focusing on exon 51.”

Exon skipping aims to provide a ‘molecular patch’ which helps the dystrophin gene in DMD patients to produce functioning dystrophin. Applying such a patch, DMD patients may suffer less severe symptoms, similar to Becker Muscular Dystrophy patients who can often walk in adulthood.

Duchenne Muscular Dystrophy affects one in 3,500 male births in the UK, and is the most common and severe type of muscular dystrophy.  Sufferers are diagnosed, usually, by the age of five and rarely live past their twenties. Since being established in 2001, Action Duchenne has successfully campaigned to increase awareness of the disease to improve standards of care and raised several millions of pounds to fund medical research and partnerships.

‘Work Programme failing those most in need’: report