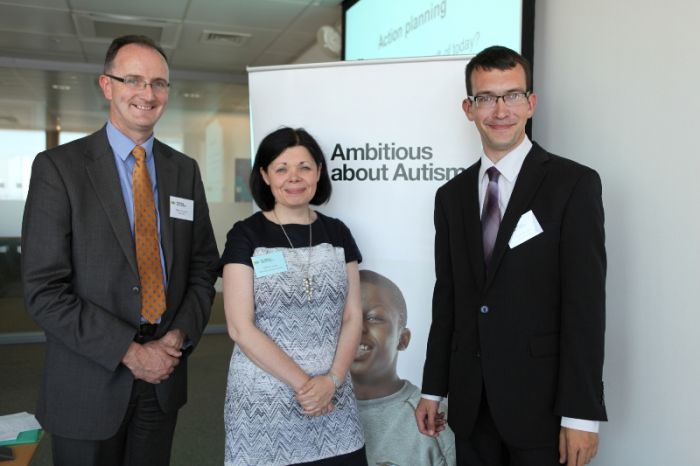 Only one in four young people surveyed felt they had the support needed to get a job and just 10% thought employers were likely to recruit someone with autism. Most young people (77%) identified that increasing employers’ awareness of autism would make the biggest difference in enabling them to get a job. They also thought there was a need for schools and colleges to actively help them develop the necessary skills to gain employment.

In response to these findings, Ambitious about Autism hosted an Autism Employment Summit in conjunction with Barclays at the bank’s head office on 3 July 2014. Children and Families Minister Edward Timpson MP gave his backing to the summit, saying greater employment opportunities for young people with autism are needed to get them into work.

“It was very encouraging that so many employers, from a range of sectors, and young people with autism were committed to attending the summit and discussing how we can tackle this problem. We are pleased the Minister recognises that young people with autism have a positive contribution to make to the world of work and that action needs to be taken to facilitate this.”

“I’m part of a generation of young people on the autism spectrum who want to do well. We are aspirational. We want to work. We want to contribute positively to life of our nation. We will fight and fight hard to have voices heard and make employers realise that we all have the potential to make good, loyal, hardworking employees. We will not go away.”

“With the right support most young people with special educational needs and disabilities are capable of paid employment. That’s why we want everyone who works with them to share the high aspirations about what they can achieve so that young people can benefit from the comprehensive support available from this September.

“I would encourage everyone to think creatively about building on the excellent work already happening in hundreds of organisations across the country to offer opportunities to young people with autism and other needs.”

Following the summit, Ambitious about Autism will continue to work with the companies and organisations who attended to open up a range of work experience placements for young people with autism to help them get a first step on the ladder towards employment.