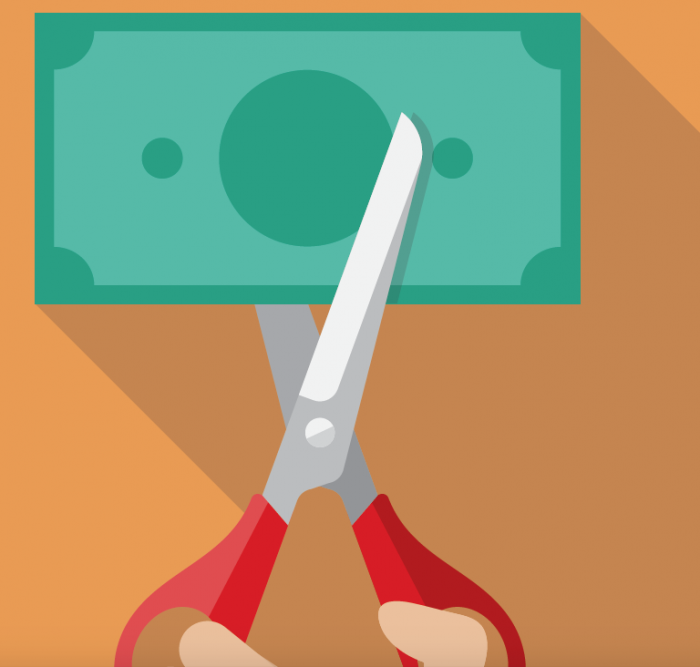 In April, big changes are being introduced for Employment and Support  Allowance, with a hefty cut coming in for  all new applicants in the work-related activity group. But what impact will this have? Kirsty McKenzie investigates.

LOUISE LOVED HER LIFE. A popular business teacher at a local school and a fitness fanatic in her spare time, she spent the school holidays visiting Spain on cycling trips up to three times a year. But one day the unthinkable happened. Louise fell off her bike in 2008 while on holiday in Majorca and had to have three operations in a foreign hospital, plus two more when she returned home. She’d broken her shoulder in four places, suffered a blood clot and nerve damage from the accident and had to take a year off work to recover.

During the months of surgery and rehabilitation, medics tested her for a series of conditions and two years later she was eventually diagnosed with MS – a disease that affects the nerves in the brain and spinal cord.

“After the accident – but before I was diagnosed with MS – all I wanted to do was just go back to work. I felt like a fraud,” says Louise. “I felt like I should just be back at work and getting on with it – and that’s how the school make you feel, they just want you working.”

Despite reducing her hours, the symptoms eventually became too much and Louise finally quit her teaching post. She now relies on Employment and Support Allowance (ESA) to get by.

Like millions of other British people living with disabilities and long-term illnesses, Louise’s health means she might never be well enough to return to work. Even if she could, finding an employer prepared to support her through ill health could prove impossible.

That’s why her ESA is so important to her – every penny counts. “I need massages because I’m always in pain and I have to pay for it – so the ESA helps to cover that,” says Louise. “A lot of people will think that’s a luxury but for someone with MS it isn’t. It’s a necessity. And ironing – I know everybody hates ironing – but with my shoulder and my MS I need to pay for someone to do that for me. Things like that, if the money went, I wouldn’t be able to do the most basic things.”

Despite Louise and hundreds of others voicing their concerns, the government believe a cut in funding will ‘incentivise’ people to find a job. As of April this year, funding for new claimants placed in the work-related activity group will be cut by £30 a week.

“I was lucky – I’ve got my ESA and I paid into my public pension. But even with my pension – there is still the mortgage, there’s still the bills – and bills never go down, they just go up.”

Currently people who are considered to be too ill to work by the government’s work capability assessment are put into two groups – those deemed permanently unable to work are moved into the “support group” and paid £109; while those who are too unwell to work immediately but could be capable of work in the future are put in the work related activity group (WRAG) and given £102 a week. But, as of April 2017, new ESA WRAG claimants will see a cut of £30 – almost a third. 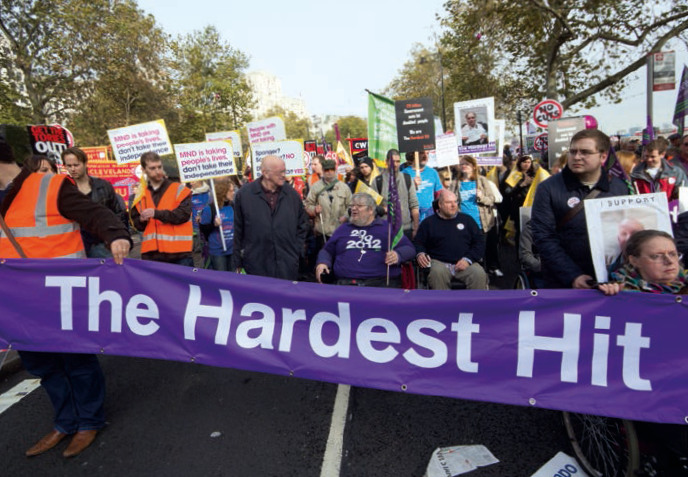 Existing claimants will receive the same amount – for now. But if they do go back to work, stop receiving ESA, and then have to come out of work again, they’ll go onto the new rate.

The change is expected to bring £1.4bn of savings to the government by 2020, but the cuts mean that new claimants will effectively receive the same amount as Jobseeker’s Allowance claimants. This levelling has not been missed by critics – they say the extra money was important as it acknowledged that these people are likely to be unemployed for longer than other job seekers who are not struggling with disabilities or health difficulties.

“We know that people in the WRAG aren’t currently fit for work and many of them face some very significant barriers and high extra costs,” Laura Wetherly, acting policy manager (welfare and employment) at the MS Society and co-chair of the Disability Benefits Consortium, the national coalition of over 60 different charities committed to working towards a fair benefits system.

“They can often face additional costs for heating and electricity because they are staying in the house more, and for things to help manage their conditions. They are going to be out of work for longer than non-disabled people so it is really important that any financial help they receive recognises this.”

The DBC also find it hard to comprehend the government’s justification that the cut will incentivise people to step up their job search – instead, there is a clear indication that the cuts will only worsen the health of claimants.

“Almost 70% of sick and disabled people the DBC surveyed said this cut to ESA would cause their health to suffer, and just under half said they would probably not be able to return to work as quickly,” explains Laura. “What we found is that without the current rate of support there is a real concern that their health could suffer, they’ll be out of work even longer and they won’t be able to cover the cost of vital things such as food and electricity.

Find out more about the Disability Benefit Consortium’s work at disabilitybenefitsconsortium.wordpress.com

Deaf teenagers being denied vital health support from their GP