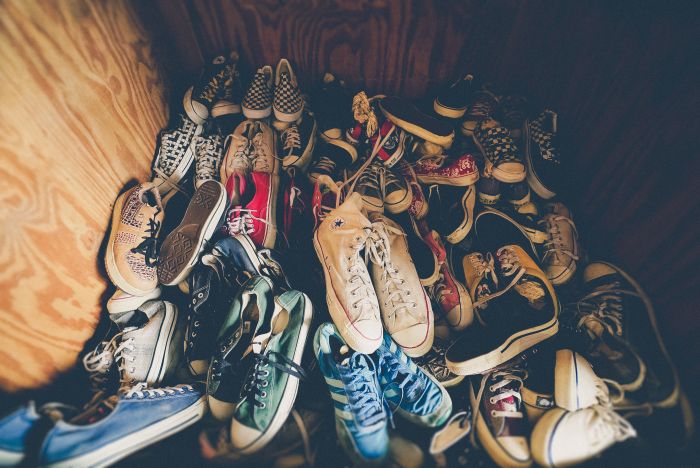 One morning Jo O’Callaghan looked at the mountain of odd shoes at the bottom of her wardrobe and decided enough was enough. The 44-year-old who lives in Kent has so many unworn odd shoes because she suffers from Complex Regional Pain Syndrome (CRPS), a painful condition that causes swelling in her right foot. The condition means that Jo can’t wear anything on her right foot so whenever she buys a pair of new shoes, the right one is useless!

Unable to wear them and not wanting to throw away a good shoe, Jo decided to set up the Facebook Group Jo’s Odd Shoes, thinking that if she has so many unwanted shoes, there must be other people in the exact same boat. She’s couldn’t have anticipated how popular the group would become – it currently has over 230 members who live throughout the country. People in the group have a variety of conditions meaning that they only need one shoe, such as amputees, clubfoot, diabetes, and even arthritis.

The group post photos of their spare shoes and exchange them with each other. No one’s allowed to charge for the shoes, only for posting costs. Jo’s also been able to get some shoe shops involved, asking them to donate any odd shoes they have lying around.

As well as a resourceful place for people who only require one shoe, Jo’s Odd Shoes has created a sense of community for people in the UK whose illnesses mean they can’t use one foot. As well as shoe swapping, the group have also been able to get to know each other, offering advice, understanding, and sympathy. Who knew friendship and odd shoes could pair together so well!