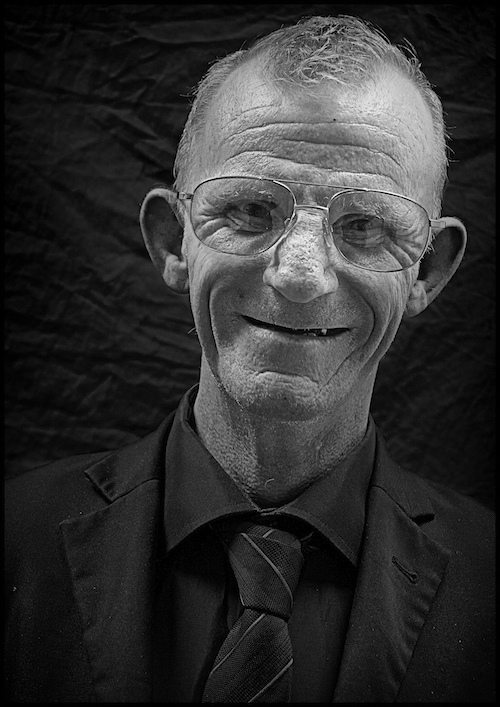 Brandon Trust is staging a free photographic exhibition at Oxo Tower Wharf’s gallery@oxo on South Bank in July which features the inspirational stories of 20 people with learning disabilities.

The charity supports more than 1,400 people with learning disabilities across southern England, including 237 people in London, and first organised the exhibition as part of its 20th anniversary celebrations.

‘20’ documents two decades of positive and freeing change in social care and disability awareness through the eyes of individuals the charity has supported across its service areas since its creation in 1994.

It has featured successfully at Bristol, Gloucestershire and Cornwall venues and now heads to the capital close to Brandon’s Battersea offices.

The 20 visual exhibits detail real, personal, success stories of independence, finding employment, education and happiness; life-changing moments with no barriers to freedom and no restrictions on choice.

Among those featured is Joe Jones, 55, from Balham (case study and picture included), who spoke out publically at a House of Commons event about the many barriers faced by people with disabilities when using public transport.

Event organiser Matt Boyle said: “This has been a really exciting project to work on because those involved have some truly powerful stories, which I think are important to share with the public.

“It’s free admission, so why not visit to see how many peoples’ lives have positively changed in the past two decades.”

The free exhibition is at gallery@oxo – Oxo Tower Wharf, Bargehouse Street, South Bank, London, SE1 9PH. It is on from 8-19 July, and is open daily (11am-6pm) to the public.

For more information on Twenty or Brandon visit www.brandontrust.org/get-involved/our-events/twenty-exhibition

Joe is supported by Brandon Trust in London. Drawing on his own experiences of being bullied on a bus, he gave an emotive and powerful speech to a room full of MPs, delegates and transport chiefs at the House of Commons on the day we launched a report focussing on the barriers people with disabilities face when using public transport. People listened. He said: “It is important to speak out as I feel it is important everybody does their bit.”

In his speech, Joe said: “People with learning disabilities crave the same freedom and independence which all people do and these issues affect people nationwide. Being able to travel is very important to such independence.

“Without transport our lives become far more localised and people can end up just staying at home and being isolated. Amazing work has been done for people with learning disabilities in the last 20 years, but now is the time to finish it off properly by ensuring that all people of all abilities and needs can travel safely everywhere.”

Brandon Trust is an ambitious UK charity working across Southern England including London supporting approximately 1,400 children and adults with learning disabilities and autism.

In the UK today, there are 1.5 million people with learning disabilities.  Despite significant developments in the last 20 years, people with learning disabilities are still restricted by many aspects of the modern world; less than 7% of them for example have a job. At Brandon Trust we are striving to change this. We inspire the people we support to set themselves free so they can reach for their dreams and be all they can be.